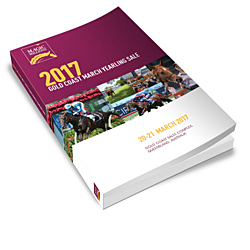 The sale source of star sprinters including Buffering, Spirit of Boom and Winning Rupert, this year’s edition of the sale will see 400 select lots go under the hammer over two days, March 20 and 21.

At the recent $10 million Magic Millions Raceday at the Gold Coast past sale graduate Madotti won the $1 million feature race restricted to Fully Qualified QTIS graduates paid up to the MM race series. The $80,000 buy has now earned over $1 million.

Three of last year’s graduates ran in the $2 million Jeep Magic Millions 2YO Classic including Real Princess, the $82,500 filly who swept away the MM Racing Women bonus and sent her earnings to over $425,000.

Another filly sold last March, the Rockhampton based Paradis Imperial on Saturday made it five starts for five wins boosting her earnings to over $180,000 – remarkable considering she cost her trainer Tony McMahon just $9,000. She is the most winning two-year-old in the country this season!

Buyers at the 2017 Gold Coast March Yearling Sale will have the added incentive of a 33% discount on the Magic Millions Race Series nomination fee to make their purchase eligible for the $11 million plus suite of graduate races held over six states of Australia.

All lots offered have been subject to the first payment for QTIS and buyers will have the opportunity to scoop $64,700 every Saturday for a metropolitan two and three-year-old win as well as a further 19% boost for fillies for fully paid QTIS youngsters.

86 sires are represented in the catalogue headlined by former sale graduate and exciting first season sire Spirit of Boom with 44 lots. Others well represented include Rothesay (31 lots), Love Conquers All (29), Golden Archer (24) and another first crop stallion, Mahisara (16). 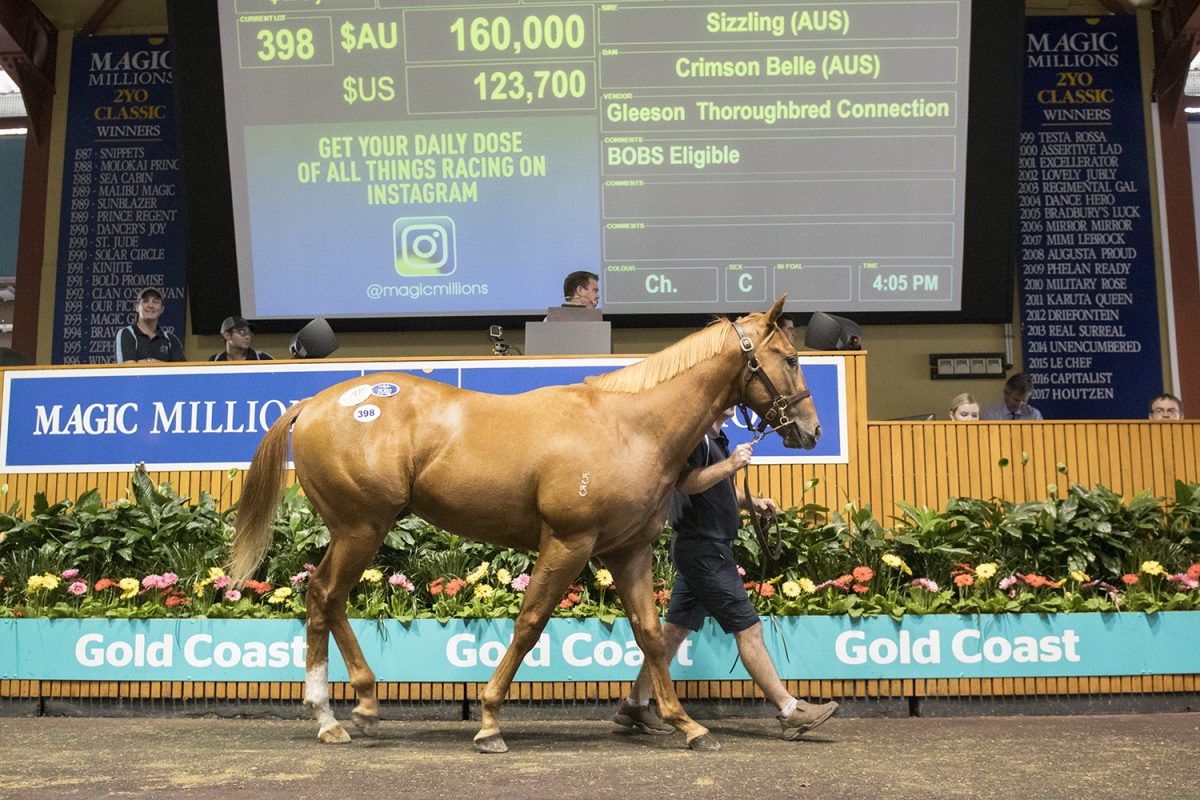 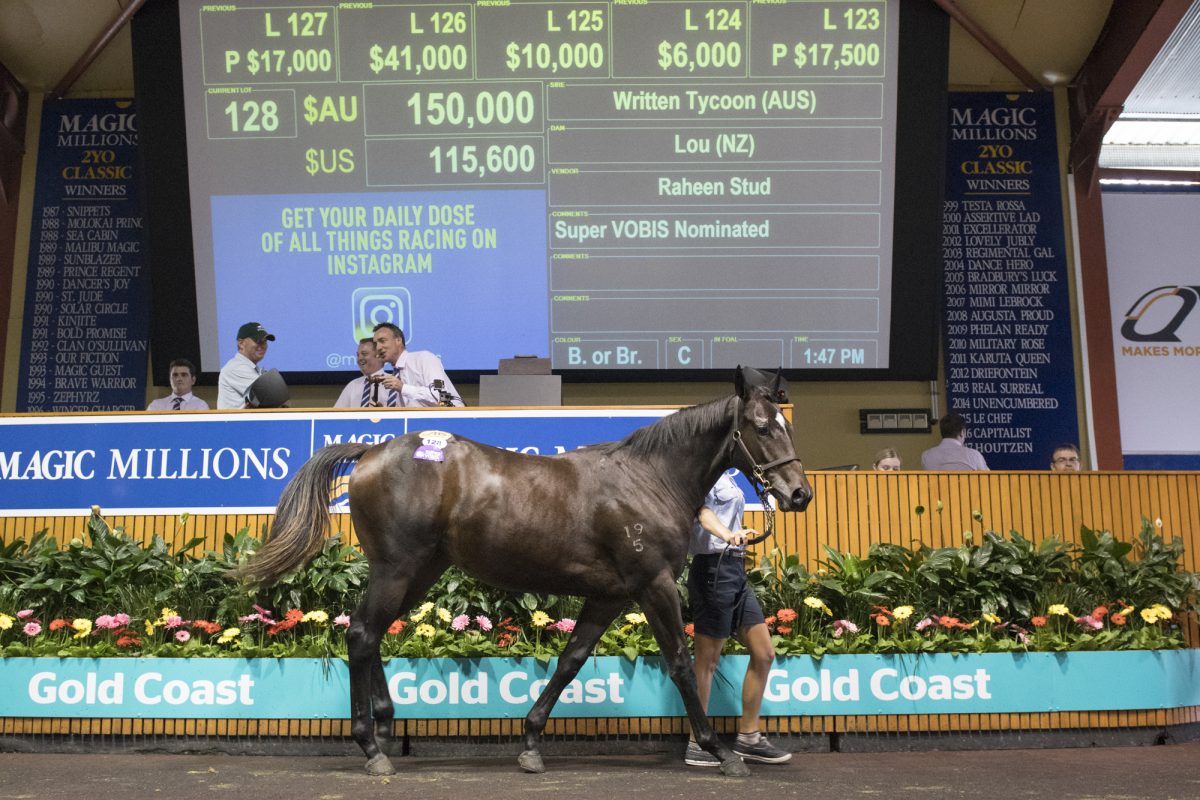 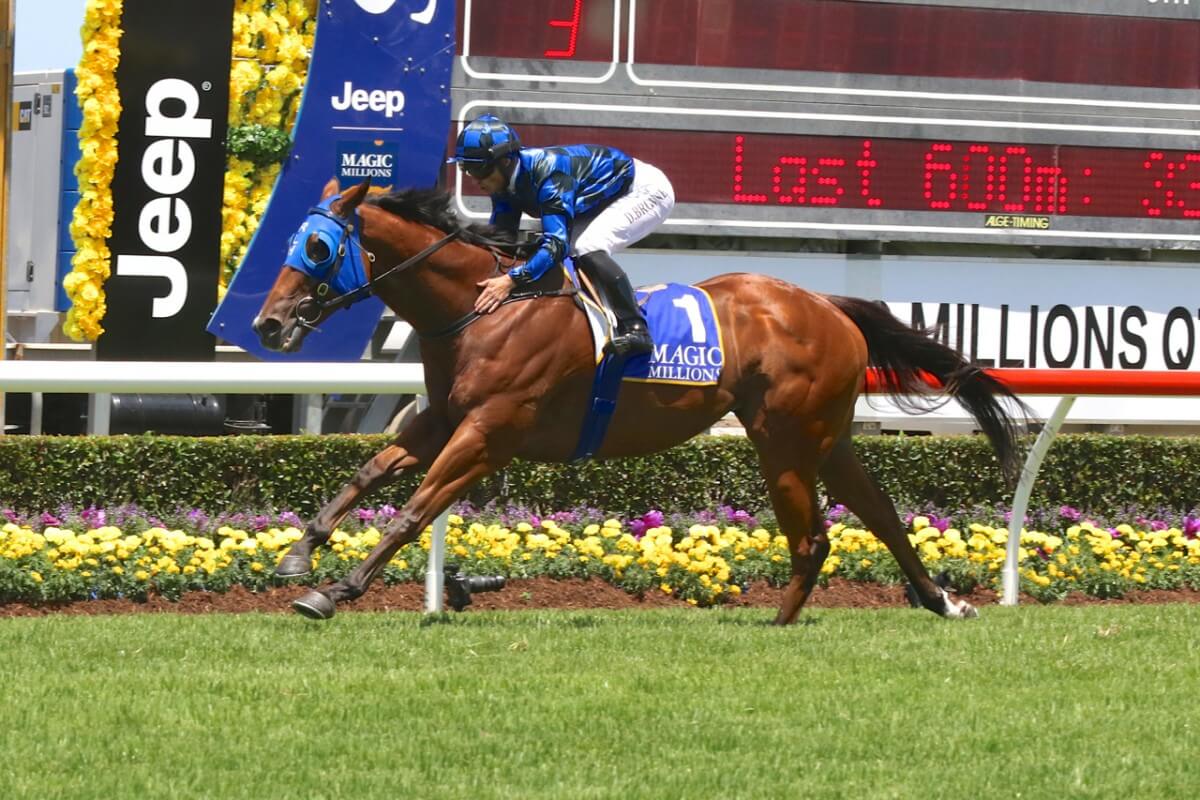 Meet a Champion – Enjoy a BBQ With Buff