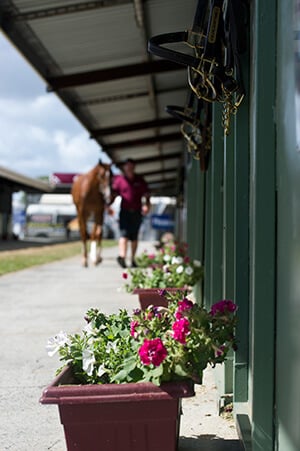 Magic Millions is best known for its showcase Gold Coast Yearling Sale each January.  It is the company’s signature sale.  However Magic Millions operates its thoroughbred auction house all year round conducting sales in four states of Australia.

Every year Magic Millions catalogues close to 3,000 yearlings across the seven sales that comprise its Yearling Sale Series.

The auction house is the leading producer of stakes winners across Australia, and the number one source of Group One wins over the most recent racing season.

Complementing the Magic Millions Yearling Sale Series, the Magic Millions $11 million plus Race Series was a world first concept that has been developed to make our Gold Coast Raceday one of Australia’s richest, and indeed one of the top ten richest race meetings in the world.

The Star Gold Coast Magic Millions Carnival and Raceday is held over a ten day period annually each January to coincide with the flagship Yearling Sale.  Consisting of 26 Magic Millions run or affiliate events, the atmosphere created by the Carnival is an unmistakably unique celebration of the Gold Coast region.

Whilst yearling sales account for the majority of Magic Millions’ sales operations, the second largest event on its sales calendar is a breeding stock sale.  Magic Millions conducts a major sale of weanlings, broodmares and race fillies in late May/early June, the number one sale of its type in the Southern Hemisphere.

The other major sale type on the Magic Millions calendar is its two-year-olds in training sale, conducted each Spring, providing buyers the opportunity purchase race-ready young horses.