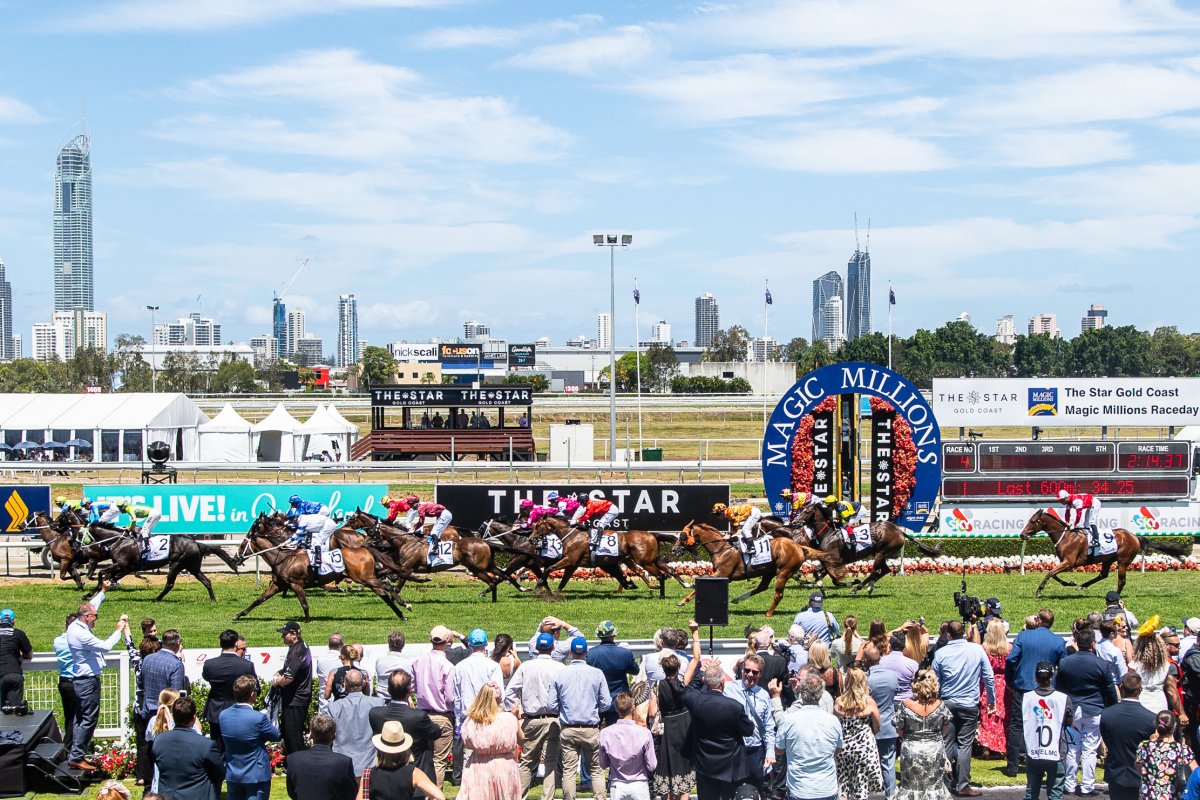 The global standing of The Star Gold Coast Magic Millions Raceday is set to be enhanced in 2023 with the introduction of two new world-first innovative races, along with an added investment of $1.5 million taking the prizemoney pool to $11.75 million across the day.

As a result, the 2023 edition of The Star Gold Coast Magic Millions Raceday will be the first raceday in Australia to stage eight million-dollar plus races, with only the Dubai World Cup meeting and day two of the Breeders’ Cup World Championships offering more across the globe, with nine apiece.

“It’s fantastic to see this incredible event continue to grow, with the upcoming expansion providing even more reason for racing and equine enthusiasts to come, stay and see everything the Gold Coast and Queensland has to offer, including the world-famous beach gallop; barrier draw; and yearling sales,” Minister Grace said.

“Importantly, The Star Gold Coast Magic Millions Carnival is responsible for generating more than 31,500 bed nights and contributing $38.7 million to the Queensland economy on an annual basis.”

As part of the expansion, the Magic Millions The Syndicate will be run for $1 million for horses aged three-year-olds and up, creating the world’s largest ownership experience in the process.

To secure a start, horses must be owned by a minimum of 20 individual registered owners and/or syndicate members from its first race through to the running of The Syndicate.

The Magic Millions The Debut will be run for $500,000, restricted to first starters, and will become the richest two-year-old maiden in the world.

“The incentive to buy, breed and back Queensland racing has never been better,” Racing Queensland Chairman Steve Wilson AM said.

“The success of traditional syndicators and now micro-syndication has been well documented in recent years, and through the addition of The Syndicate, it can scale new heights with hundreds of owners descending on the Gold Coast Turf Club to participate in the Magic Millions, sharing in the ownership journey.

“In conjunction with the $2 million The Star Gold Coast Magic Millions 2YO Classic, The Debut offers an incredible opportunity for owners to obtain an immediate return, and to reinvest in Queensland racing.”

At the same time, the $250,000 Magic Millions Maiden will be run as part of Aquis Wave Raceday, providing almost $13.5 million in prizemoney and bonuses across both Gold Coast meetings.

Magic Millions Managing Director Barry Bowditch said the 2023 raceday expansion is designed to benefit all sectors of the industry including breeders, owners, trainers, syndicators, and participants at every level.

“The introduction of these two innovative races to The Star Gold Coast Magic Millions Raceday will drive significant growth in participation and investment, both new and renewed,” Mr Bowditch said.

“Syndicators across Australia provide an integral pathway to making racing accessible and The Syndicate will enable those large ownership groups to come together and experience one of the biggest and best racedays in the world – on the Gold Coast.

“These new races will be enormously exciting and will broaden the reach of the Raceday.

“Just think of the anticipation of having your horse race for half a million dollars at its first race start in The Debut. This is not happening anywhere else in the world but Queensland.” 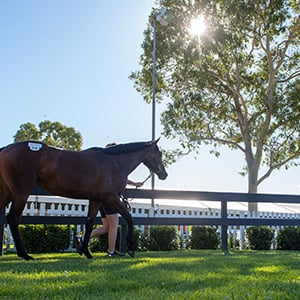