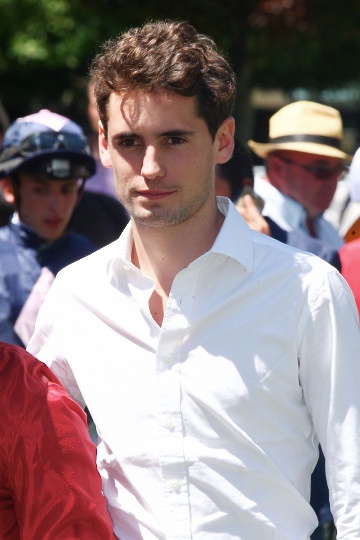 Magic Millions is delighted to announce the appointment of Arthur Hoyeau as Bloodstock Consultant and European Representative.

Hoyeau, who has been working with the Gold Coast based company since November, is thrilled to be joining Magic Millions on a permanent basis.

The likeable Frenchman graduated from the European Business School in Paris with a master in business strategy and entrepreneurship. The five year international program gave him the opportunity to travel and secure diverse work experiences in his native France as well as China, Spain and the UK in different business sectors.

Hoyeau has always maintained a major interest in the bloodstock industry on the international stage. He has gained experience with prominent bloodstock organisations as well as with some of Europe’s leading trainers. From the age of 16, Hoyeau also rode several years as an amateur jockey, riding 49 winners for more than 250 rides across Europe.

“To be given the opportunity to join the forward-thinking Magic Millions team is an honour,” Hoyeau said. “The progression of the company in recent years speaks for itself.”

“I am really excited to take my place in such a dynamic and flourishing industry, in a country that has a genuine interest in racing and breeding,” he added.

Magic Millions Managing Director Vin Cox said he was delighted to secure the services of the top young international horseman.

“Arthur has spent his life in the industry and his father Eric is the head of the successful Arqana operation in France,” Cox noted. “Since November Arthur has been a welcome addition to the team and we’re pleased he was able to commit to Magic Millions on a full time basis.”

“Over the past few months Arthur has travelled around the country and has quickly become an important member of our staff. He will be a great asset to our Bloodstock team and he will also play an active role as our European representative.”