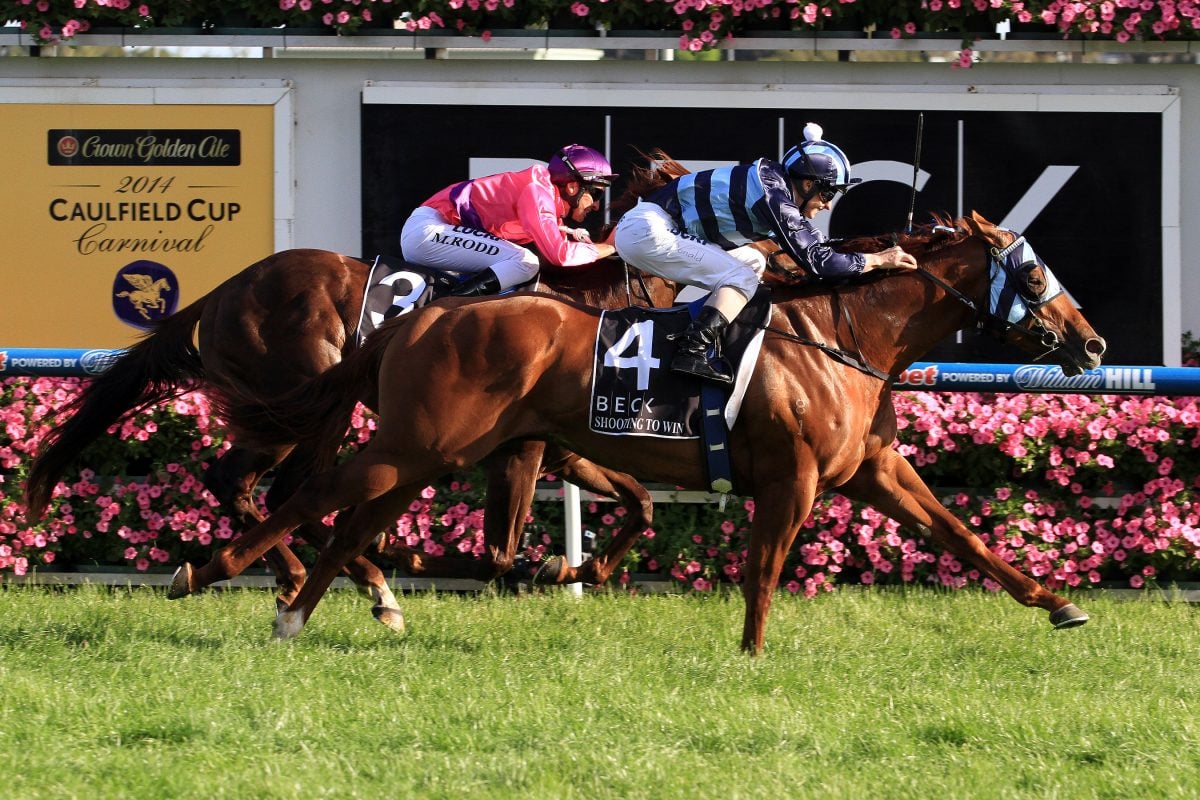 One of Australia’s best young producing broodmares has joined an outstanding supplementary catalogue for the Magic Millions National Broodmare Sale.

A stakes winning daughter of Elusive Quality, Listen Here has made the absolute best start to her stud career with her only two runners to date both exceptional racetrack performers who have big futures ahead as stallions.

Edinglassie Stud’s Mick Talty said Listen Here is a “beautiful and strong mare” and would be a stand out on any farm in the world.

“She’d have to be one of the best mares in Australia,” Talty said. “And she’s in foal to Medaglia d’Oro.”

Joining Listen Here at the Gold Coast sale in the draft of Edinglassie Stud is Scorpio Queen, a multiple stakes winning Choisir mare, served by Deep Field in her first season at stud last spring.

Also headed north is Sevillano the dam of stakes winners Parriwi and Scream Machine (served by Shooting to Win) and her Mossman daughter Lucentino (served by Hallowed Crown).

Outstanding prospects Crystal Flute (Encosta de Lago) and Golden Cropper (More Than Ready) have been entered in the sale by Teeley Assets. Both fillies are lightly raced three-year-olds.

Crystal Flute is a daughter of multi million dollar mare Monsoon Wedding and is a three quarter sister to Manhattan Rain and Echoes of Heaven and full sister to Precious Lorraine, Lucky Raquie and Quench the Thirst.

Golden Cropper is from Shantha’s Choice’s group winning daughter Sliding Cube and is a half sister to Group Two winner and exciting young stallion prospect Rubick.

The latest entries add to what is shaping as a remarkable supplementary catalogue for the National Broodmare Sale. Other confirmed entries include outstanding maiden mares, Group One winner Pasadena Girl (Savabeel) and Group Two winner Atlantis Dream (Elusive City).

Supplementary entries for the National Weanling and Broodmare Sales close on May 9.

For further details contact the Bloodstock Department of Magic Millions on (07) 5504 1200 or email [email protected].