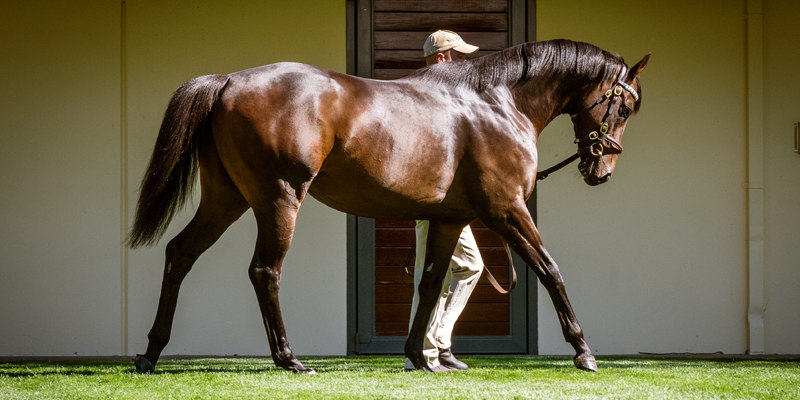 The final breeding season nomination to champion Darley shuttle stallion Too Darn Hot has sold online for $55,000 with all proceeds to support the CatWalk Spinal Cord Injury Research Trust.

The nomination, donated by Darley and partners Watership Down Stud, was sold via the Magic Millions Online sales platform and attracted strong interest from a number of bidders.

“To TJS Bloodstock, on behalf of the team at Darley and Watership Down Stud congratulations on securing the final nomination in Too Darn Hot, we thank you for supporting a wonderful cause in CatWalk,” Godolphin Australia’s Managing Director Vin Cox said.

“Too Darn Hot is set to cover another exceptional book and we have no doubt these funds will help support much-needed spinal cord injury research,” Cox added.

Funds raised from the sale of the Too Darn Hot nomination will support the CatWalk aim of fixing paralysis following spinal cord injury.

“The proceeds from this sale will go towards world-class research in NZ, and also to a neurostimulation trial occurring at NeuRA in Sydney,” CatWalk General Manager Meg Speirs noted.

“The CatWalk Trust believes the need for the development of treatments being made available across Australia and New Zealand is critical to repairing the complex damage caused by a spinal cord injury,” Speirs added.

“We are thrilled that the Magic Millions Online platform was the vehicle for the sale of the Too Darn Hot nomination,” Magic Millions Managing Director Barry Bowditch said.

“We congratulate Darley and Watership Down Stud for donating the nomination, we thank all bidders and congratulate TJS Bloodstock for being the successful purchaser.”

The next auction for the Magic Millions Online platform will be held next week from 2-4 August, with the catalogue available for preview this weekend.