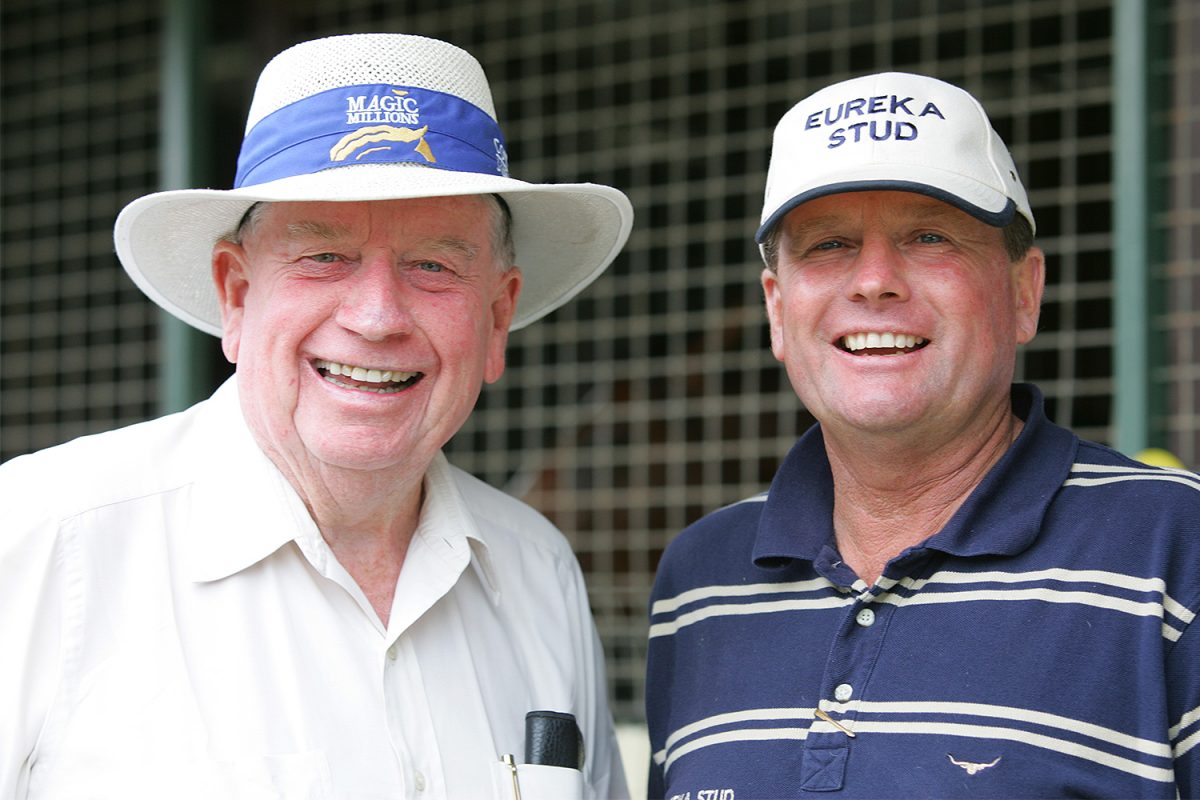 The Australian racing and breeding industry is in mourning tonight, with the passing of legendary breeder Colin McAlpine AM.

TBQA President, Basil Nolan, his wife Di, and the TBQA committee would like to express their condolences to Colin’s children Jenny and Scott, his wife Grania and the entire McAlpine family.

“Colin was one of the most influential breeders in Queensland for many years and has left the legacy of Eureka Stud,” said Mr Nolan.

“I had the privilege of working with Colin on a number of Committees for quite a few decades and his dedication and passion for the industry was second to none.

“Not only was he a fine horseman and breeding entrepreneur, but he was true gentleman and well respected in the industry not just in Australia, but world-wide.

“I have no doubt that the Queensland breeding and racing industry prospered on the back of Colin’s visions.”

Colin took over Eureka Stud, near Toowoomba on the Darling Downs, in the early 60’s, twenty five years after it was founded by his father Andy.

He joined the TBQA in 1956 and was President for 17 years. He was also President of the Thoroughbred Breeders Australia for 14 years.

One of Colin’s proudest achievements was to chair the 1986 sub-committee, which delivered income tax deductions to thoroughbred breeders. These benefits still apply.

He was the Australian delegate to the World Thoroughbred Breeders meeting in Dublin. In 1966, he and Colin Hayes were the first Australians to attend and purchase horses at the English Tattersalls Newmarket Sales.

“Colin was a true pioneer of the Australian breeding industry and one of the first people to ‘risk’ importing stallions – his gamble paid off and he broke new ground,” said Mr Nolan.

Colin is a life member of the TBQA, the Tattersall’s Racing Club, the Toowoomba Royal Agricultural Society and the Bernborough Club. In 1991 he was awarded a Member of the Order of Australia (AM) for his contribution to the Australian Thoroughbred Industry and its promotion throughout the world.

“This is a sad loss to the Queensland industry, but thankfully Colin has passed his passion on to his children and grandchildren to continue the tradition,” said Mr Nolan.

Our thoughts and prayers are with the McAlpine family at this time.