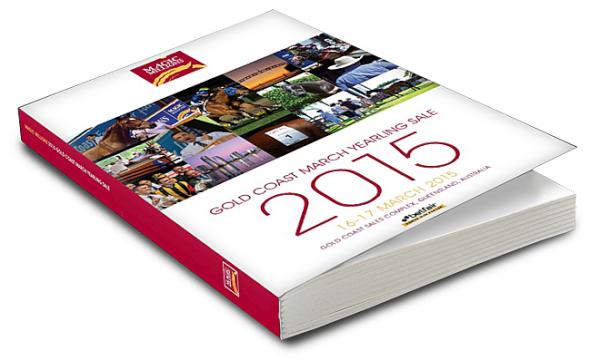 The sale to be held on Monday March 16 and Tuesday March 17, has brought together an outstanding catalogue at a time when buying a QTIS eligible youngster has never been more lucrative. The catalogue is now online and also available for download on iPad via the Equineline Catalog App.

With a revitalised QTIS scheme commencing in August and the recent announcement of Magic Millions staging the country’s richest raceday, each yearling offered at the Gold Coast March Yearling Sale will be eligible for over $14 million in QTIS only payments and over $24 million in exclusive Magic Millions and QTIS races.

The $10 million Magic Millions Gold Coast Raceday in 2016 will see the inaugural running of the $1 million Magic Millions QTIS All-Aged Handicap – a race in which eligible horses can run in each year – as well as any other on the day with the payment of the once off Magic Millions Race Series nomination and QTIS registration. In a special offer to buyers at the Gold Coast March Yearling Sale, the Race Series nomination fee for horses purchased at this sale is $3,300 (inc GST), capped for seven years under the new partnership with Racing Queensland.

The sale is complemented by Racing Queensland’s programming of two feature races restricted to QTIS registered horses at the Gold Coast Turf Club on Saturday 14 March: a $100,000 QTIS 2YO Plate (1200m) and a $100,000 QTIS Open Plate (1400m)

As well as the nationwide $11.19 million Magic Millions Race Series, all nominated yearlings will be eligible to run for $13 million in QTIS bonuses with a recent revitalisation of the scheme.

All metropolitan two and three-year-olds race run on a Saturday and Public Holiday will carry a $35,000 bonus – while provincial, midweek and non-TAB country races will also carry rich bonus rewards.

The Gold Coast March Yearling catalogue has attracted youngsters by all of Queensland’s leading and most exciting sires as well as locally bred stock by interstate sires.

With recent graduates of the sale including super sprinters Buffering and Spirit of Boom and reigning Queensland Oaks heroine Tinto the Gold Coast March Yearling Sale has proven itself as one of the best producing and top value auctions of the Southern Hemisphere.

It’s significant to note that more than a quarter of the field in both the $2 million Jeep Magic Millions 2YO Classic and the $1 million Gold Coast Magic Millions 3YO Guineas at the Gold Coast this month were QTIS qualified runners, who’d won their way into the fields and earned connections great prizemoney along the way.

To view the online catalogue for the 2015 Magic Millions Gold Coast March Yearling Sale clickhere or download it via the Equineline Catalog App for iPad.