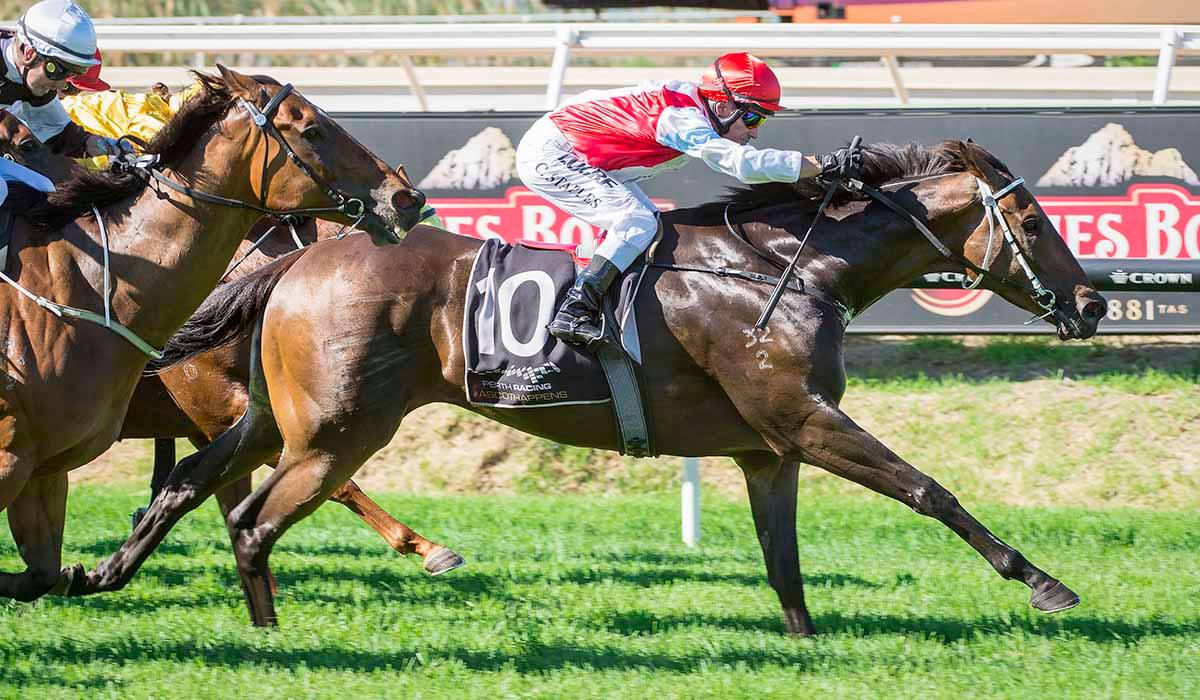 A pair of quality stakes winners at Ascot on Saturday turned the focus to the west for next week’s 2017 Magic Millions Perth Yearling Sale.

To be held over two days from Monday, the Perth Yearling Sale has over the years proven itself as a proven source of racetrack stars and the results of a number of recent stakes races continue to endorse this.

Today at Ascot the two stakes race winners provided a timely boost for the leading Belmont Park based auction.

Great Shot (pictured) added another stakes win to his impressive career when he came with a strong late run to win the listed Cyril Flower Stakes (1200m).

Well handled by Craig Staples, the son of Magnus went to the line with a half length to spare over Dream Lifter.

A winner of six of his 13 lifetime starts, Great Shot was purchased for $31,000 by owner Frank Edwards at the 2014 Magic Millions Perth Yearling Sale.

The Rhys Radford prepared four-year-old gelding is raced by Frank and his wife May and has now earned the Edwards’ over $368,000. He was sold through the draft of Scenic Lodge.

Just over half an hour later it was the turn of Precious Memories to break through for a deserved black type success in the listed Challenge Stakes (1500m) for three-year-olds.

With two wins and six placings from just 10 outings, Precious Memories is enhancing her impressive pedigree and giving her sale bound half sister a great boost.

Precious Memories’ Your Song half sister is catalogued as Lot 19 and will go under the hammer during Monday afternoon’s Day One of the Perth Yearling Sale at Belmont.

The filly, the latest offering from the well related and top producing Charge Forward mare Precious Moment, is a member of the Touchstone Farm draft.

On the same day at Caulfield the first Group One race of 2017 was captured by 2012 Perth Yearling Sale purchase Black Heart Bart.

A $20,000 purchase, Black Heart Bart has earned over $3 million and will head to another Group One race at his next start.

Later on that afternoon the proven group winner Silent Sedition went to within a stride of adding another when she stormed home to run second in the Group Three Bellmaine Stakes.

To view the catalogue for the 2017 Magic Millions Yearling Sale click here.