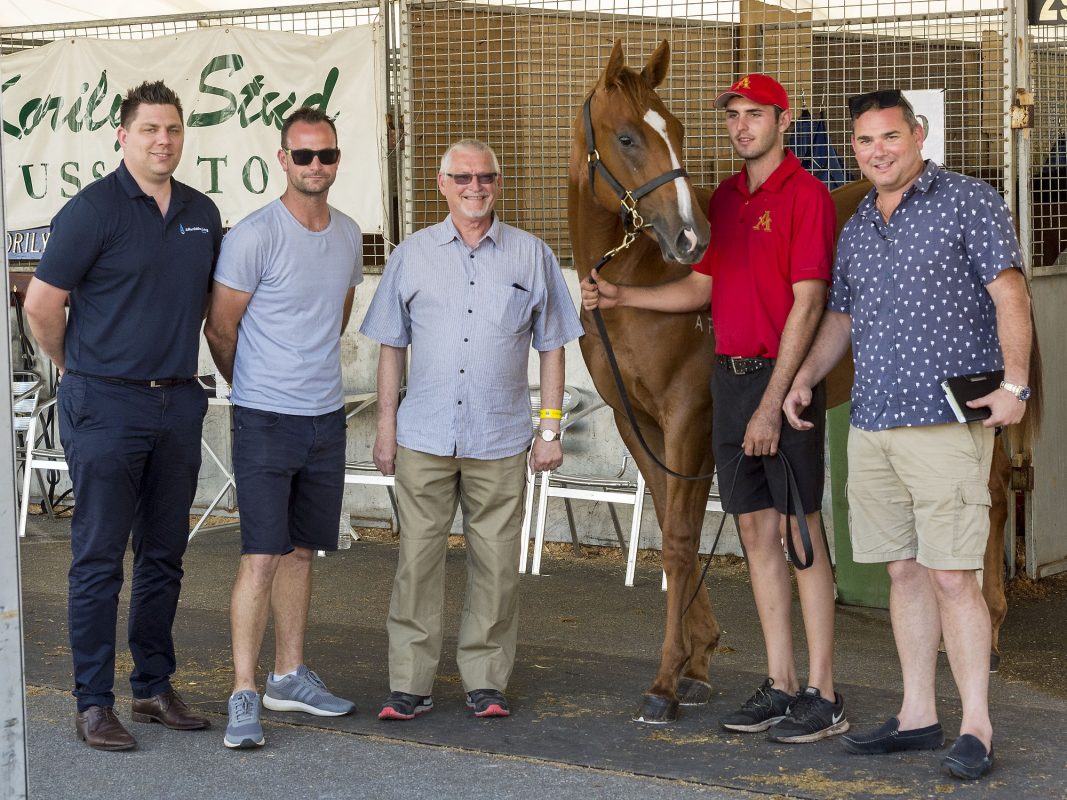 A strapping colt by leading sire Not a Single Doubt topped Day One of the 2017 Magic Millions Perth Yearling Sale at Belmont Park on Monday.

Consigned by Amelia Park Racing and Breeding as Lot 50, the colt was the clear stand out for the day and sold for $325,000.

The colt was knocked down to Gangemi Racing and will head to the stables of Chris Gangemi.

“We narrowed it down to a few (lots),” Michael Gangemi said. “And he was the main one we wanted.”

“We had to wait and bide our time and we’re really happy to get him.”

“The stallion Not a Single Doubt is on fire, they get up and run and Westspeed is very attractive to us.”

“He’s beautifully balanced and is a great walker. He’s a strong horse and we’re delighted to have acquired him and moving forward hopefully we can get him up and going for the early two-year-old races.”

“His attitude is amazing as well. I’m sure he got pulled out a lot of times and there were a lot of good judges on him.”

The $325,000 colt is the fourth living foal of the Sydney winning More Than Ready mare Sambar and is therefore a half brother to the Group Three Champion Fillies Stakes winner Samovare.

The second top seller was the Star Witness-Trading Halt colt from Gervase Park Stud who sold to Ric Wylie Bloodstock for $160,000.

Catalogued as Lot 109, the Star Witness colt is the second foal of a Melbourne winning Econsul mare who is a half sister to group winner Bank Robber.

The first six figure seller on the day was Lot 18, the Hinchinbrook-Portrait colt who sold for $100,000 to the connections of 2012 Perth Yearling Sale pin up galloper Black Heart Bart.

A $20,000 purchase who has earned over $3 million, Black Heart Bart will be out to win his fifth Group One race in Saturday’s Futurity Stakes at Caulfield.

All up on Day One $4.33 million was grossed on 113 lots sold at an average price of $38,319 – both the gross and average price marginally up on last year’s corresponding session.

“We are disappointed with the clearance rate – sitting around 72 per cent. By our standards we’d like to be at 75 per cent or even into the 80s.”

“The numbers are very much in line with Day One last year and there’s some very nice horses tomorrow and I’m hoping for a good finish to the sale.”

“When the good horses come into the ring the competition is fierce,” Cox added.

To view the sale results and to make an offer on a passed in lot click here. To see a review video of Day One of the auction click here.

Day Two of the 2017 Magic Millions Perth Yearling Sale commences at 11am (WA time) on Tuesday.

SALE STATISTICS
(2016 Day One in Brackets)