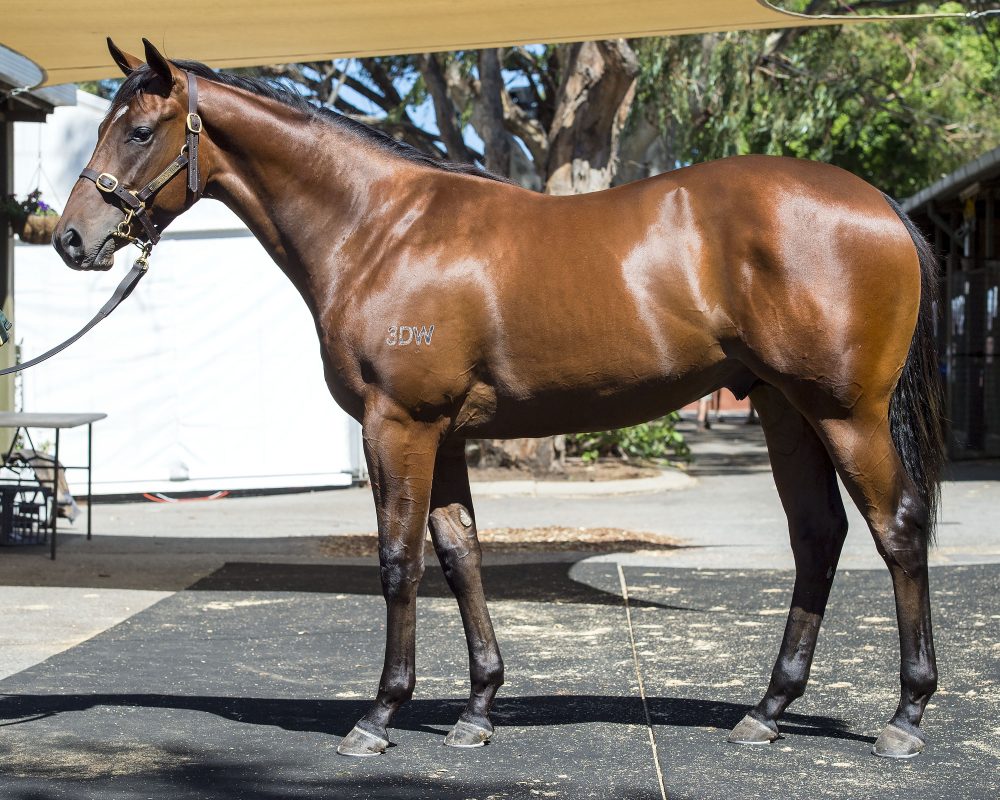 A colt by I Am Invincible topped the second and final day of the 2017 Magic Millions Perth Yearling Sale on Tuesday.

Offered late in the afternoon by Dawson Stud, the colt was knocked down to leading Rosehill based trainer Gary Moore for $265,000.

“He’s from a great mare and by one of our better stallions in Australia,” Moore said.

“When you have brother John spending $560,000 on a filly by I Am Invincible I think this horse is a very good buy.”

“I really wanted a two-year-old. We’re so keen on getting a top class juvenile. Takedown won at two and trained on.”

“This could be the bloke to do it for me,” Moore added.

The colt ended the day as the top seller, but the Not a Single Doubt (Lot 50) from yesterday was the overall sale topper at $325,000.

Australia’s current leading first season sire Gingerbread Man had a great result with his colt half brother to Silent Sedition selling for $170,000.

The good looking chestnut colt from Korilya Stud will head to the same stable after being purchased by Aqua Trained Thoroughbreds in partnership with Caulfield trainer Andrew Noblet.

Leading local trainer Trevor Andrews was the leading buyer of the sale on total spend – purchasing seven lots for $541,000.

The leading sire by average for multiple lots sold was Written Tycoon – his two sales averaged $120,000.

“It did improve on yesterday’s market,” Magic Millions Managing Director Vin Cox said. “We can’t get away from the statistics – it has been a tougher sale than it was last year.”

“Having said that, there’s been a number of positives and exciting things coming out of this sale.”

“Getting $325,000 yesterday for the Not a Single Doubt colt and $265,000 today for the I Am Invincible colt to Gary Moore, there were some great scenes after the purchase of that horse, that was great fun.”

“There were vendors who had very good sales. I just had one tell me he’s never had a better sale in 40 years.”

“What is happening here is I think we are lacking a domestic stallion – hopefully one of these new boys coming through like Gingerbread Man and Frost Giant can kick and we can get another in as well and that will lift the profile of the state.”

“Those that did have a good sale are keeping themselves relevant – investing in mares, keeping up to date with their stallions and matings. Those that are doing that and are preparing their horses well are getting well rewarded.”

“Where RWWA is at the moment is exciting, but we’re probably a year off seeing that. The prizemoney that’s going to be offered for two-year-old races next year is going to be massive and it’s not before the people get the money in their pockets before they start changing their patterns,” Cox added.

To view the sale results and to make an offer on a passed in lot click here. To view a video recap of today’s action click here.

The Magic Millions focus now switches to South Australia with the 2017 Magic Millions Adelaide Yearling Sale to be conducted from March 13 to 15 at Morphettville.