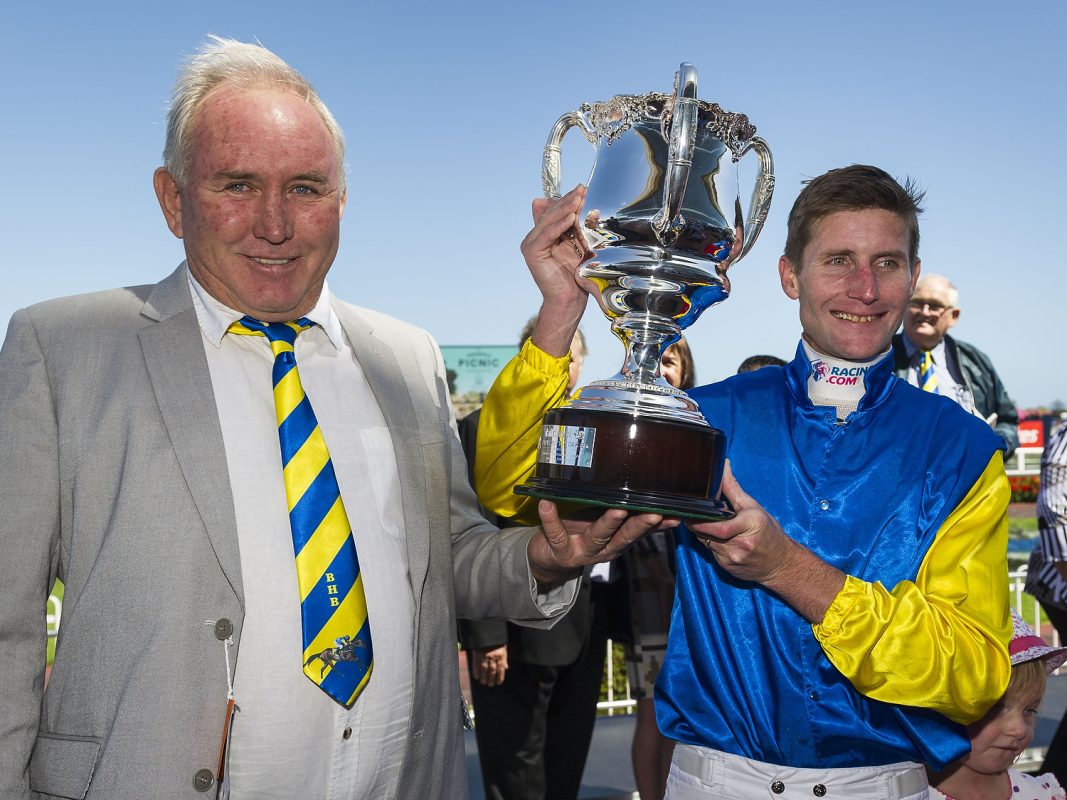 In a thrilling finish the son of Blackfriars was able to get home in the final stride to beat stablemate Tosen Stardom.

Trainer Darren Weir said the former Western Australian galloper was a pleasure to train and he was delighted to secure yet another big race with the popular galloper.

“I thought Tosen Stardom was going to win, but he keeps on building Black Heart Bart, you wouldn’t want him chasing you.”

Future plans for Black Heart Bart were unknown with Weir only cementing the two Group One races he’s won at his past two starts as main autumn goals. Mission accomplished, but new ones are likely.

“The plan this preparation was to target these two races. We had some thought of the Goodwood (in Adelaide) – it’s now worth a million dollars.”

“We could give him a freshen up and look at the Goodwood – or Sydney is also an option,” Weir added.

Weir praised Black Heart Bart’s former trainer Vaughn Sigley for his handling of the gelding prior to being transferred to Victoria.

“I’m still so thankful for being chosen to train him, it could have been anyone,” Weir summed up.

A $20,000 purchase for his senior part owner Kim Renner, Black Heart Bart sent his earnings past $3.4 million with his latest big race success. From 39 starts he has 15 wins and 14 minor placings.

He was purchased from the 2012 Magic Millions Perth Yearling Sale where he was presented by Lakeside Thoroughbreds.

A son of long time champion WA sire Blackfriars, Black Heart Bart is the pin up performer from five to race for the four time metropolitan winning At Talaq mare Sister Theresa.

One of her daughters, the unraced Falbrav mare Rebel Sister, has produced the stakes winners Rebel King and Rebelson.

Sister Theresa, a winner of six races in all, is a half sister to Savannah Success, the twice Group One winning dam of Cox Plate winner and champion sire Savabeel – another Magic Millions Yearling Sale graduate.