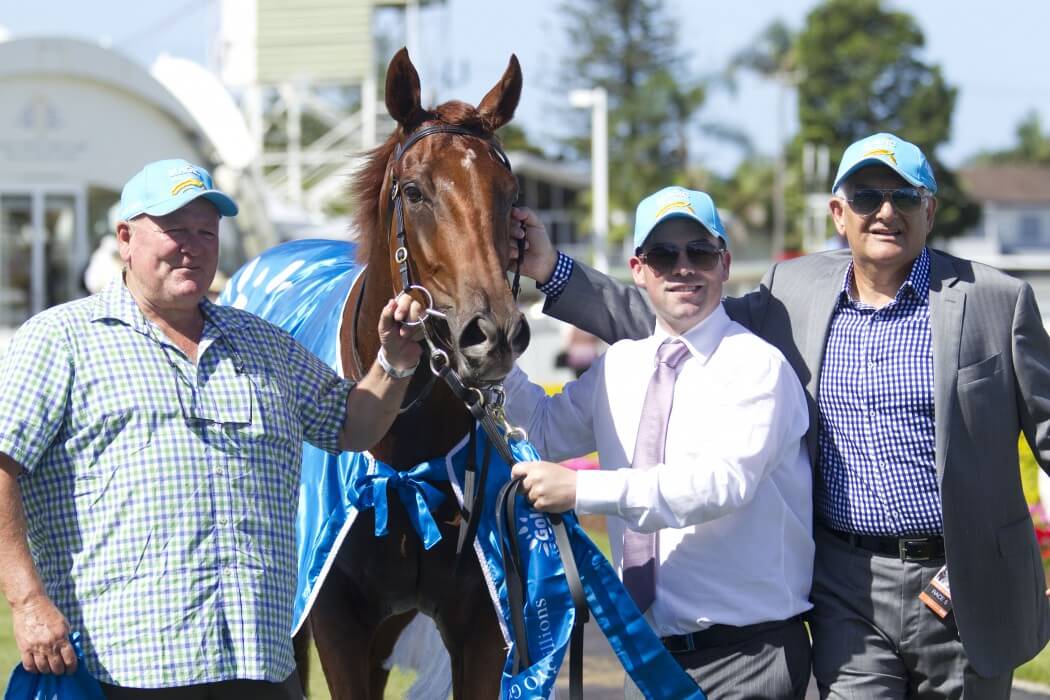 The Lloyd Kennewell prepared galloper cruised home at $26 to win the feature event by two lengths over Sydneysider Testashadow ($8), while Echo Gal ($10) was another head back in third place.

The addition of a tongue tie worked the trick for Deiheros. He faded at his first Queensland run a fortnight earlier but showed great improvement to win his biggest race.

“The last 200m was great and it was a great ride by Ric,” Kennewell said. “We brought him up here to have a run but everything went wrong last time.”

“It was just beautiful and effortless. We galloped him on Tuesday when the track was bottomless and he worked really well,” Kennewell added.

Winning rider Ric McMahon was delighted with the performance and improvement from the son of former Melbourne based Group One winner Bon Hoffa.

“The horses outside helped and the tongue tie,” McMahon noted. “Also the other day he got onto the wrong leg.”

Deiheros has shown good ability for his owner Luke Koumi and the Kennewells from early in his career and his impressive race record reads out at five wins and four placings from just 11 starts. One of his earlier feature wins came in last year’s Magic Millions Adelaide 2YO Classic at his home track.

A $6,500 bargain buy from the Bowness Stud draft at the 2013 Magic Millions Adelaide Yearling Sale at Morphettville, Deiheros has now earned over $740,000.

The first stakes winner for Belong to Me sire Bon Hoffa, Deiheros is the sole winner to date for his dam, the three time winning Integra mare Philippa’s Music.

Philippa’s Music who won up to 1400 metres, is from a seven time winning half sister to group winner Crown Princess.

It’s been a big week for Deiheros’ trainer Lloyd Kennewell who has been purchasing some quality new additions to his Adelaide team at the Gold Coast Yearling Sale.