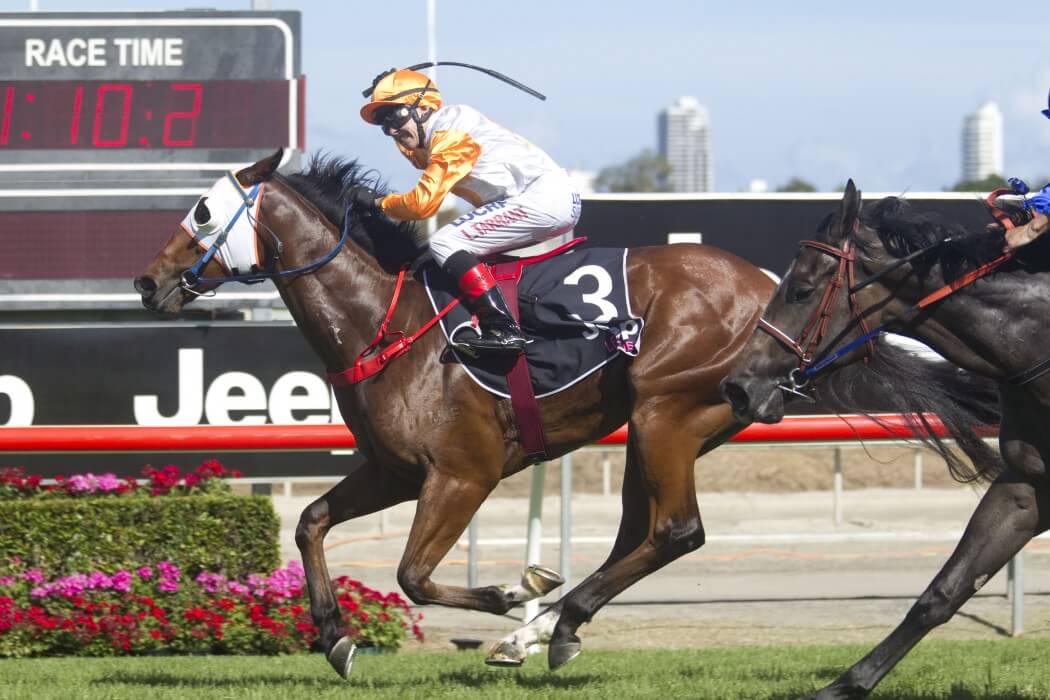 Mount Isa owner Lenore Saunders was the toast of the Gold Coast on Saturday afternoon when her star galloper Le Chef stormed to victory in the $2 million Jeep Magic Millions 2YO Classic (1200m).

Not only did Saunders collect $1.14 million in prizemoney, she also scooped $325,000 as the first all female runner across the line in the rich juvenile event.

The win was the biggest in racing for the long time owner as well as her trainer Darryl Hansen and rider Luke Tarrant.

Connections are excited about the future of Le Chef with Hansen saying the son of Exceed and Excel will be even better as a three-year-old.

“I am singing Luke’s praises as he is a super star. I must thank Mrs Saunders. They come from Mt Isa and put a lot of money into racing,” said Hansen. “I’m just over the moon!”

The win was a triumphant for young Queensland apprentice Luke Tarrant who scored the biggest win of his career.

“This is just incredible – my dreams have come true,” a beaming Tarrant said.

“I just want to prove I can ride winners and I wanted the opportunity to ride the horse and I am appreciating every moment.”

“He is a lovely horse but he got a bit lost first time out with blinkers, but he has improved with every run,” said Tarrant.

Le Chef, bred in South Australia by Greg Hicks, was purchased by Lenore Saunders for $120,000 at last year’s Magic Millions Gold Coast Yearling Sale from the draft of Widden Stud.

He is one of 92 stakes winners for his sire Exceed and Excel and is from the former quality Melbourne based racemare Red for Lou.

On one of those occasions she chased home Divine Madonna when third in a Group One Myer Classic at Flemington.

Red for Lou in turn is a half sister to the Melbourne winner and stakes placegetter Miss Elvee.

Le Chef is likely to head for a deserved spell after his third straight win before connections decide on his next major mission.