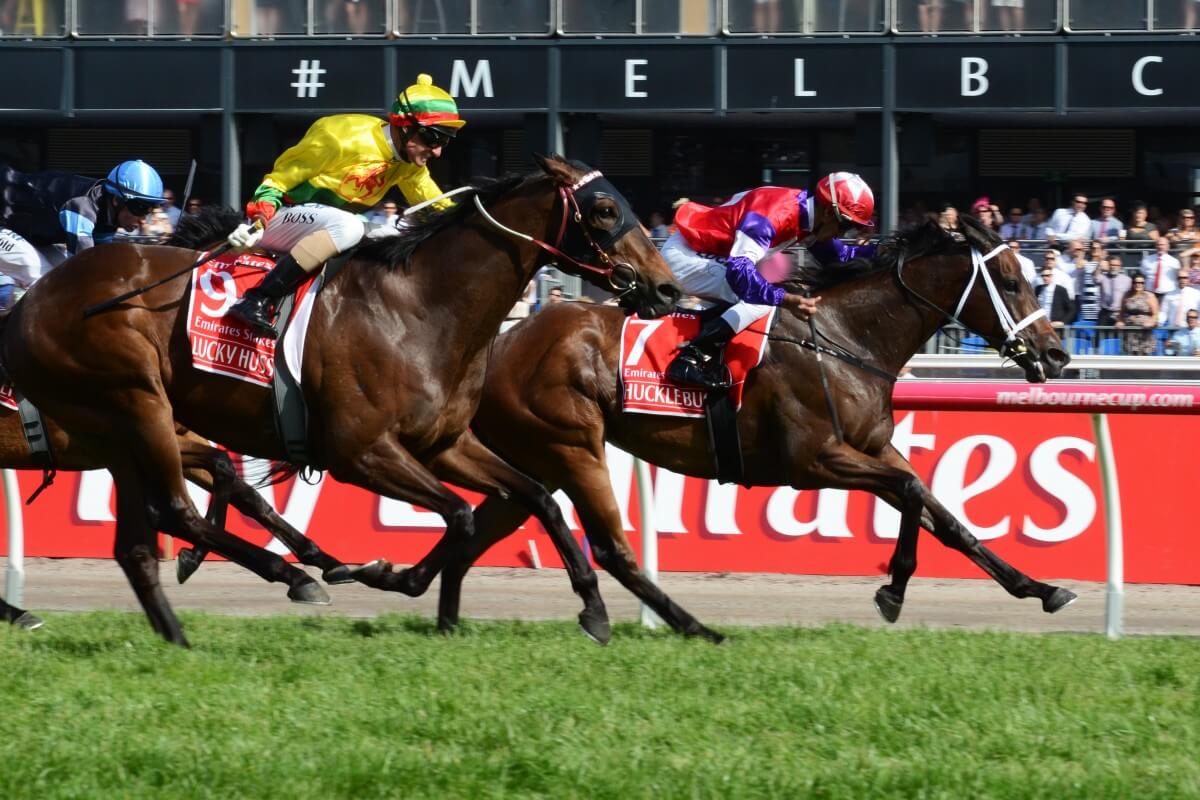 One of the stars of last year’s Melbourne Cup Carnival has been crowned South Australia’s Horse of the Year for the 2014-15 season.

Hucklebuck edged out Happy Trails to take the major award at the 2014/15 TRSA Industry Awards held at the Stamford Grand in Glenelg on Saturday night.

Both graduates of the Magic Millions Adelaide Yearling Sale – Hucklebuck ($50,000 purchase) and Happy Trails ($11,000) – both won Group One events at the Melbourne Cup Carnival meaning the Morphettville auction was the only in the world to supply multiple G1 winners of Australia’s most famous carnival.

A son of Elvstroem, Hucklebuck was purchased as a yearling by his trainer Phillip Stokes from the Squillani Park draft. The good looking miler is raced by Macau Jockey Club boss Thomas Li.

Li was on hand at the presentation to receive the award and praised Stokes for his handling of Hucklebuck – a winner of the Emirates Stakes in November.

The Hong Kong based businessman said the award more plenty to himself and his family, recalling the time he spent in Adelaide – catching trams and riding bicycles as he studied.

The other horse award presented, the Most Consistent performer for the state for the season, was shared by talented sprinter Swinging Arms and classy stayer Go Dreaming prepared by Scott Trenowden and Grant Kluske respectively.

A big winner on the night was Clare Lindop who won the prestigious John Letts Medal, while also presented with both the Johnson-Glennon Award as the Premiership winning rider and the SA Jockey of the Year overall.

Jake Toeroek swept both the Metropolitan Apprentice Jockey of the Year and the Leon Macdonald Award for SA Apprentice of the Year.

Phillip Stokes captured both the CS Hayes Award for SA Trainer of the Year as well as the Metropolitan Trainer the Year – winning the premiership after a great three way battle with Leon Macdonald and Andrew Gluyas and Tony McEvoy.