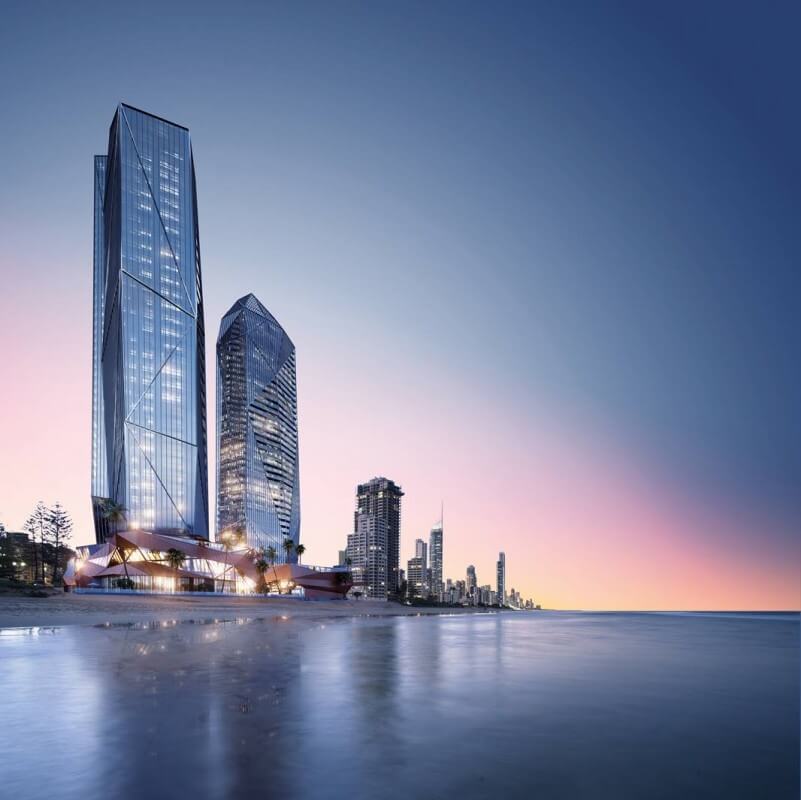 Australia’s richest raceday will take on a new look in 2016, with the Jeep Magic Millions welcoming Jewel, the Gold Coast’s latest luxury hotel, residential, shopping and fine dining development as the new naming rights sponsor of its exclusive VIP Marquee.

The Jewel VIP Marquee will host the who’s who of the racing scene, which will once again converge on the Gold Coast for the Jeep Magic Millions Raceday, to be held on Saturday 9 January 2016. The event is set to sparkle like never before as the Magic Millions Carnival also celebrates its 30th year.

With work commencing in March this year and due for completion in 2018, Jewel is a joint venture between award winning developers Ridong, and the world renowned Wanda Group. Set between Broadbeach and Surfers Paradise, Jewel is the first major beachfront development the Gold Coast has seen in over 20 years. The development will comprise a three tower, six-star hotel and serviced apartment complex and is already touted to become an architectural masterpiece to rival some of the grandest structures in the world, putting the Gold Coast on the international stage to rival prestige tourist destinations such as Dubai’s Burj Al Arab and Singapore’s Marina Bay Sands.

Jewel has the financial backing of Wanda Group Chairman, Mr Wang Jianlin, who currently sits at number one on the Forbes China Rich List. Mr Wang’s interests range from commercial property, culture and tourism, e-commerce and department stores to major investment in sport. A most recent acquisition has been the World Triathlon Corporation (under which the Ironman brand also falls), for US$650 million. The Wanda Group also owns Infront Sports, AMC Entertainment and has a major interest in Media and Atletico Madrid.

The significant investment Jewel brings to Magic Millions for the 2016 Carnival in its milestone year extends beyond just the Raceday marquee. The partnership embraces additional key elements of the overall Carnival including Naming Rights to the $1 million Magic Millions Cup, as well as becoming a Major Sales Partner.

“Wanda is committed to delivering new tourism infrastructure to the Gold Coast and Queensland. Jewel is Wanda’s first Australian development and we are very proud to be part of this exciting period of growth for the city,” he continued.

The relationship with Jewel is described by Magic Millions co-owner’s Katie Page-Harvey and Gerry Harvey as one based on understanding the attraction of unique and sought-after properties. Jewel and Magic Millions share common goals in generating investment and long-term employment opportunities in the region. In addition both are committed to ongoing development of the domestic and international profile of the Gold Coast, positioning it as a premier destination for luxury travel.

“The milestones we are celebrating in 2016 have already sparked increased visitor interest from the top tier investors in our industry, racegoers and sponsors – from both here and overseas,” she continued.

“Gerry and I believe the timing of our partnership with Jewel is perfect and no coincidence. We commence a new era for Magic Millions and Jewel unveils its stunning plans for three towers and a six star hotel. Jewel recognises the importance of those who visit the Gold Coast multiple times a year for extended periods – those who travel here to invest as well as enjoy the stunning location.”

“We are delighted to welcome an organisation of Jewel’s calibre to Magic Millions. Both organisations understand the privilege and responsibility that comes with investing for the long term on the Gold Coast and in Queensland.”

“The prestige that comes with the Jewel partnership will be perfectly reflected on Raceday. Our marquee design will be like nothing ever seen before in Queensland and we are thrilled to have found a partner who shares our passion for racing event excellence,” Katie Page-Harvey said.

The Jewel partnership follows the announcement made late last year that from 2016, the Jeep Magic Millions Raceday will become Australia’s richest race meeting and ranked in the world’s top ten, this comes as part of a seven-year partnership with Racing Queensland to take the summer program to unprecedented heights.

With Chinese outbound tourism expected to double from approximately 100 million in 2014 to 200 million in 2020, Jewel will position the city as the destination of choice for the high-end tourism market – significantly boosting the Gold Coast, Queensland and Australian tourism industries into the future.

“Jewel is an exciting development for the Gold Coast and one that perfectly complements the style and sophistication which the Jeep Magic Millions is renowned for,” Minister Jones said.

“Magic Millions is a signature summer event supported by the Queensland Government, through Tourism and Events Queensland, which showcases the best the Gold Coast has to offer visitors.

“The Gold Coast annually welcomes around four million visitors, who spend $4 billion on visits to the destination.”

“Magic Millions has been a significant visitor drawcard over the past 30 years and the 2016 event will be a great celebration for the industry and for the region to host the country’s richest race day,” Minister Jones concluded.