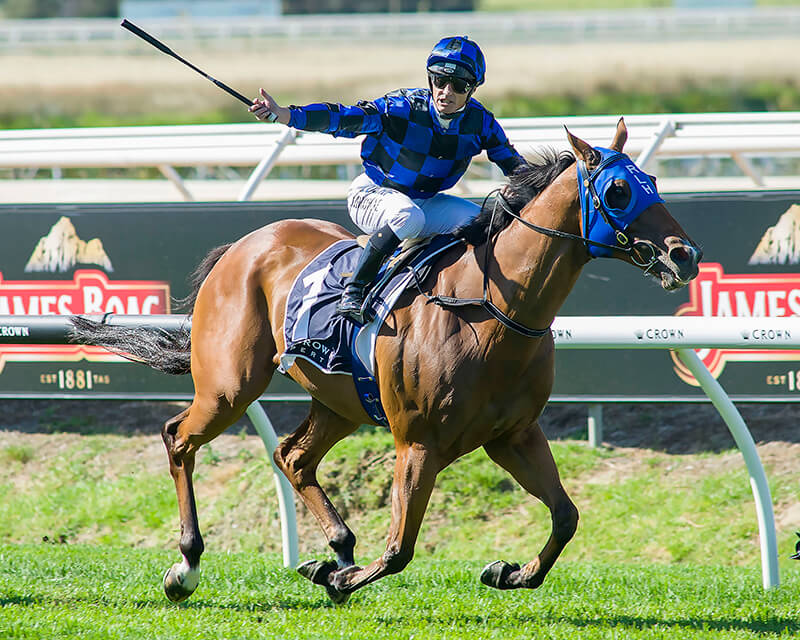 Superstar sprinter Buffering could embark on an international campaign to Dubai and England but first he will return home and be set for Australia’s first ever $10 million raceday in January.

The son of Mossman will head to the Magic Millions raceday on January 9 after banking another $600,000 for connectios today with a sixth Group One success in the Winterbottom Stakes (1200m) at Ascot in Perth.

The win was the second Winterbottom for Buffering after he won the race two years ago. His sizzling time this time around also broke Ortensia’s race record for Western Australia’s feature sprint.

Trainer Rob Heathcote said the eight-year-old was in career best form and provided he kept racing so well he could see no reason why a trip overseas would be on the cards following January’s feature in what would be his first ever start at the Gold Coast.

“Since I got over earlier in the week he’s just ticked every box,” Heathcote said. “He’d settled in just so well.”

Heathcote recently had a call from racing officials in Dubai with an invitation to attend their lucrative World Cup Carnival and a tilt at their feature sprint.

“It is something I hadn’t even told some of the owners,” he said. “The world is Buff’s oyster. He’s eight years old – he’s won two Group Ones this prep.”

“We’ll go home now. He floats home on Monday. There’s a Magic Millions race in early January that he’s going to be damned hard to beat.”

“If he comes through that (the Gold Coast) in good order and he’s a good traveller I’d love to go over and shake hands with the Sheikh.”

Buffering was bred by well known Queensland thoroughbred administrator Kevin Dixon and sold through the draft of his Racetree operation at the 2009 Magic Millions Gold Coast March Yearling Sale.

It was at that sale that Heathcote’s friend and long-time bloodstock agent Paul Willetts found the son of Mossman and made sure he would join the Heathcote stable. His $22,000 bid at the Gold Coast was successful and what a buy he’s turned out to be!

By Mossman, the same sire as Group One winners Mossfun, Ofcourseican and Plucky Belle, Buffering is one of four winners for the 100 per cent winner producer Action Annie.

A daughter of Anabaa, Action Annie was a winner in Sydney over 1200 metres. She is a half sister to the stakes performers Don’t Go Crazy and Instant Strike. Further back its the same family as international Group One winners Relaxed Gesture and Martha Stevens.