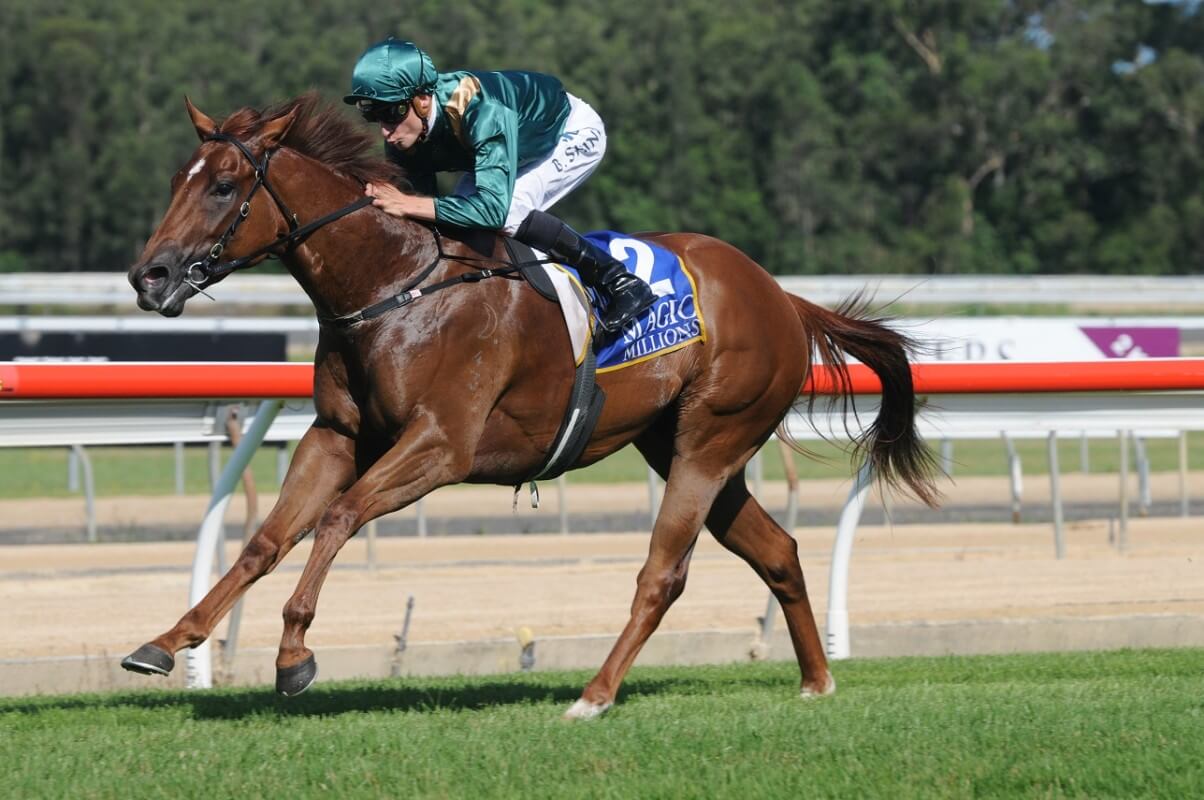 Co-trainers Peter and Paul Snowden flexed their muscles in the lead up to Australia’s first $10 million raceday by sweeping both Magic Millions features at Wyong today.

Capitalist couldn’t have been more impressive in the feature juvenile contest, racing clear of stablemate Niccolance by almost three lengths, while debutant Aghna was another two lengths back in third place.

A colt by Written Tycoon, Capitalist was sent out at short odds after his stunning Breeders Plate win and he now is a clear favourite for the both the Magic Millions 2YO Classic and Golden Slipper.

“He is a real professional as a horse,” co-trainer Peter Snowden said. “He has got talent and where he is at the moment is in great good order.”

“(It was) a good result. He had the perfect run, drew a good gate and he just did everything right.”

“He was a bit too keen on the corner and Blake did the right thing by easing him around their heels to balance up. It was just really a good piece of work.”

“He has that x-factor about him and he is a pleasure to deal with,” a delighted Shinn told reporters. “He has a great action and the sky is the limit for him.”

Capitalist is a true Magic Millions product. He was bred and sold by Jan Clark’s Daandine Stud at Goomburra at the Magic Millions Gold Coast Yearling Sale. He caught the eye of the Snowden Racing and James Harron Bloodstock teams and was purchased for $165,000.

Clark also bred and sold Capitalist’s sire Written Tycoon at the Gold Coast and also purchased his dam Kitalpha for $82,500 from the same sales ring. The mare was carrying a Northern Meteor colt who sold for $310,000 a year prior to Capitalist.

The latest yearling from Kitalpha, a chestnut filly by Real Saga, is catalogued as Lot 357 for January’s 2016 Gold Coast Yearling Sale. She will go under the hammer during the second day of selling on January 7.

A daughter of Hinchinbrook, Flippant cruised home under Kerrin McEvoy to beat the previously unbeaten Egyptian Symbol by a length and a quarter while Ballarat 3 & 4YO Magic Millions winner Murt the Flirt was a long neck further back in third place.

“There was good speed on and she did it really well,” rider Kerrin McEvoy said. “I was pretty happy with the feel that she gave me and she will go to the Gold Coast now and she will have every chance up there.”

Hailing from the family of outstanding Group One winning Magic Millions graduates Atlantic Jewel and Commanding Jewel, Flippant was purchased by McKeever Bloodstock for $220,000 from the Bell River Thoroughbreds draft at the 2014 Gold Coast Yearling Sale.