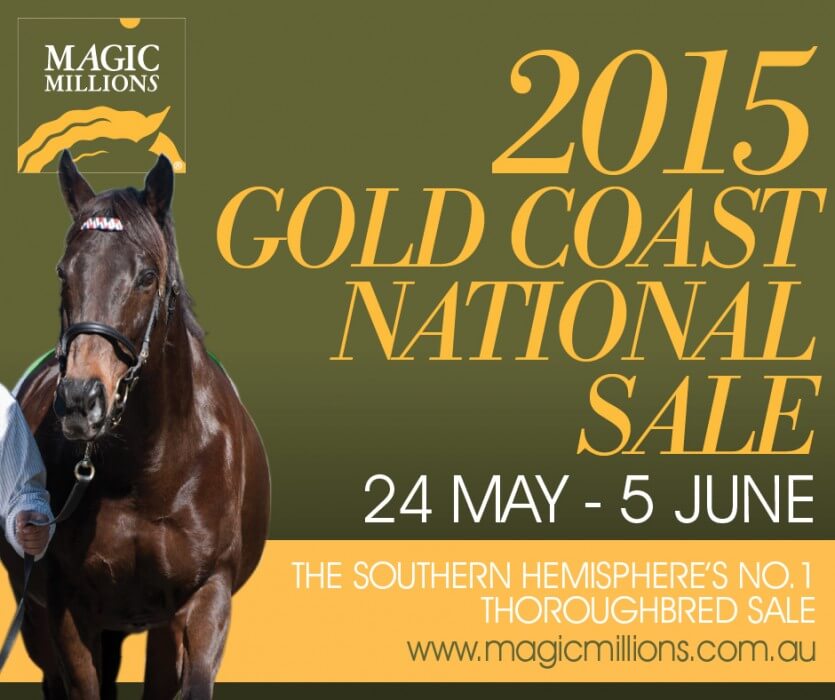 The much anticipated catalogues for the Magic Millions National Weanling and Broodmare Sales are now online and will also be available via the equineline iPad app.

Featuring the Wood Nook Farm Dispersal (18 broodmares, 7 race fillies and 12 weanlings) and the Heinrich Bloodstock Unreserved Dispersal (53 broodmares and 40 weanlings) the sales have brought together quality packed catalogues for the start of a two week selling extravaganza.

The National Weanling Sale catalogue comprises 430 lots to be sold over two days – May 24 and 25.

Firmly established as the number one sale of its kind in the Southern Hemisphere, the National Weanling Sale boasts recent graduates including Driefontein, Peggy Jean, Zoustar and Pierro.

Plenty of interest will surround the first weanlings by sires including the aforementioned Triple Crown winner Pierro as well as the likes of All Too Hard, Animal Kingdom, Bullet Train, Delago Deluxe and Your Song.

The National Broodmare Sale has attracted a star studded 848 lot catalogue with selling from May 27 to 31.

The covering sires of mares reads like a who’s who of the breeding world with the Australasian stars including Redoute’s Choice, Fastnet Rock, Sebring, Exceed and Excel, Snitzel and I Am Invincible joined by the unbeaten world champion Frankel.

There’s a great selection of proven producers catalogued with the dams of Kermadec, Star Witness, Eurozone, Fravashi, Thump, Thunder Fantasy and Willow Creek all entered. The list of well bred lots is endless but includes two half sisters to Queen Elizabeth Stakes winner Criterion and a pair of three quarter sisters to star filly First Seal.

The Magic Millions National Weanling and Broodmare Sales will be followed by the National Yearling (2-4 June) and Racehorse Sales (5 June). Catalogues for the yearling and racehorse sections will be available in the coming weeks.