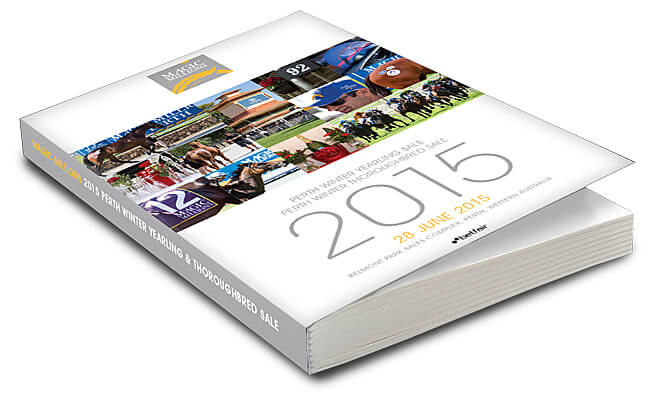 Offered as lot 50 and presented at the auction by Alwyn Park Stud, the chestnut filly was purchased by top local horsewoman Justine Hornby.

The second and third top sellers in the yearling session were offered by Dawson Stud – the Sebring-Twilight Spy colt going to Basil Galluccio and the War Chant-Overnightsensation filly to Justine Hornby – both selling for $21,000.

Meanwhile promising three-year-old On Trend topped the Winter Thoroughbred Sale later in the afternoon when the gelded son of Nicconi was knocked down to Colin Webster for $23,000.

“The board and management of Magic Millions are committed to the industry in WA,” Magic Millions Managing Director Vin Cox said. “With the proposed development of Belmont we are exploring all avenues as to future selling venues, where no decisions have been made at this point.”

“While ever Belmont is available to us we will use that facility, but we look forward to servicing and being long term players in the Western Australian industry.”

The WA focus for Magic Millions now turns to the $40,500 Goldfield Magic Millions Classic, run for eligible two and three-year-olds at Kalgoorlie on July 26. Entries for the race close on July 21. For eligibility questions please email [email protected].