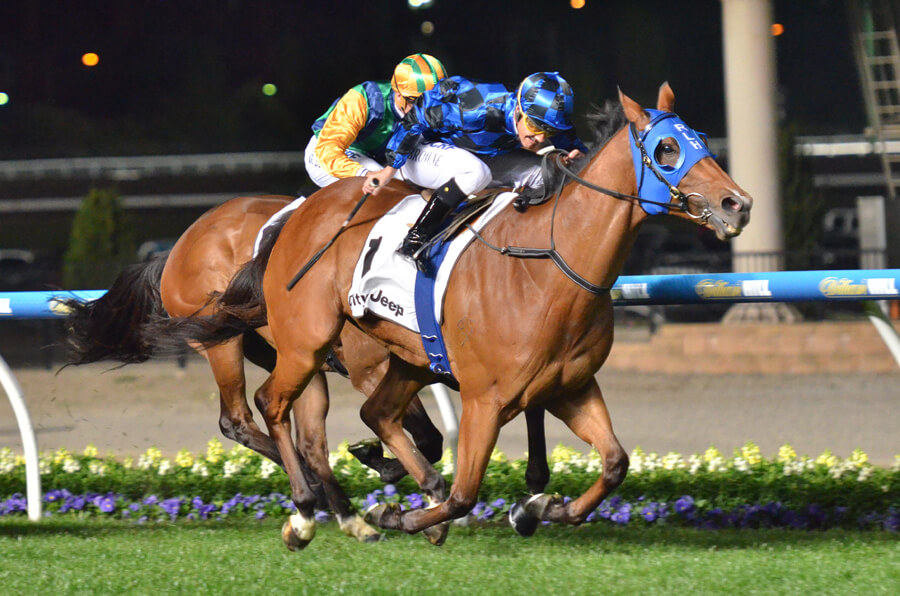 Superstar sprinter Buffering sent his earnings soaring past $5 million on Friday night when he scored a popular win in the Group One AJ Moir Stakes (1000m) at Moonee Valley.

The eight-year-old showed he had lost none of his sprint as he showed blistering speed throughout to sizzle home, just outside the track record in a dominant on speed performance.

Trainer Robert Heathcote was searching for the superlatives moments after celebrating the win with a joyous group of owners.

“He served it up to them,” Heathcote said. “Damian – they’re not going to let you cross. But we’ve just got to keep going.”

“We’ve got to drive him forward and Damian did what he does best. He knows this horse better than anybody.”

“The horse showed his customary fight, tenacity and kicked on the corner and was too tough,” Heathcote added.

The performance was outstanding coming at Buffering’s first start since a long lay off after injury.

Future options for Buffering in Melbourne include the Manikato Stakes and Darley Classic while features in Perth and the Gold Coast over summer could be on the cards.

A son of Mossman, Buffering was bred by well known racing administrator Kevin Dixon and sold through his Racetree draft at the 2009 Magic Millions Gold Coast March Yearling Sale for $22,000.

His earnings now sit at over $5.1 million after a string of feature race wins around the country. Friday night’s Moir was his fifth at racing’s elite level.

Buffering is the pin up performer from four named foals for the 100 per cent winner producer Action Annie.

A daughter of Anabaa, Action Annie was a Sydney winner over 1200 metres prior to being retired to stud. She is a half sister to the stakes performers Don’t Go Crazy and Instant Strike and hails from the family of G1 winners Relaxed Gesture and Martha Stevens.