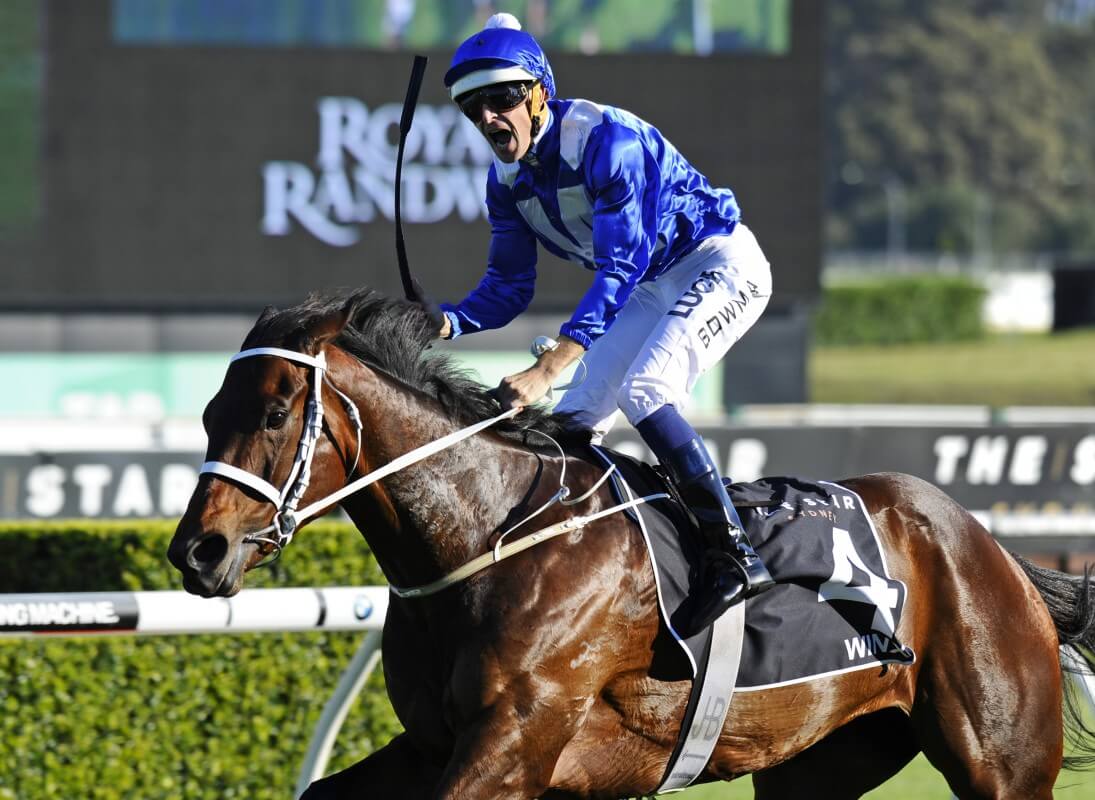 Star mare Winx emerged as one of the leading contenders for Australasia’s weight for age championship, the Cox Plate, after yet another stunning win – this time the million dollar Group One Epsom Handicap (1600m).

The outstanding daughter of Street Cry produced her usual stunning burst over the concluding stages, helping to overcome a less than perfect journey throughout.

So dominant was her performance, Winx won the race by two and a quarter lengths and giving winning rider Hugh Bowman plenty of time to salute to racegoers as the pair hummed to the line.

Bowman said there were anxious moments for the pairing when the struck trouble at the point of the turn when they were making their move from back in the field around runners.

“It was an awful scrimmage turning for home,” Bowman said. “I admit I closed my eyes hoping for the best because all you hope is your horses come home well.”

“For her to pick herself up after that and put herself back in the race before bursting through like she did, it was pretty special.”

“Her winning strike rate separates her from a lot of horses. She overcomes barrier draws, track conditions and distances.”

“She is a superstar in the making,” Bowman added.

Winx was sent out the $3 favourite for the Epsom after her stunning recent first up win in the Group Two Theo Marks Stakes when she came from last in a field of 14 at the 300 metre mark to win in one of the greatest performances witnessed at Rosehill.

It followed a winter campaign which produced many great efforts including an awesome win in the Group One Queensland Oaks.

Prepared by record breaking horseman Chris Waller, Winx was purchased by connections for $230,000 from the Coolmore Stud draft at the Magic Millions Gold Coast Yearling Sale. She was bred by the Camilleri family’s Fairway Thoroughbreds – the same breeder as champion colt and fellow Gold Coast champion Vancouver.

A lightly raced daughter of champion sire Street Cry, Winx is now the winner of eight of her 14 starts and her earnings have shot to almost $1.8 million. She is raced by Waller’s clients and well known owners Peter Tighe, Richard Treweeke and Debbie Kepitis.

She is the only winner to date for her dam, the twice stakes winning Al Akbar mare Vegas Showgirl – a winner of seven races and half sister to stakes performer Black Magic Maggie.