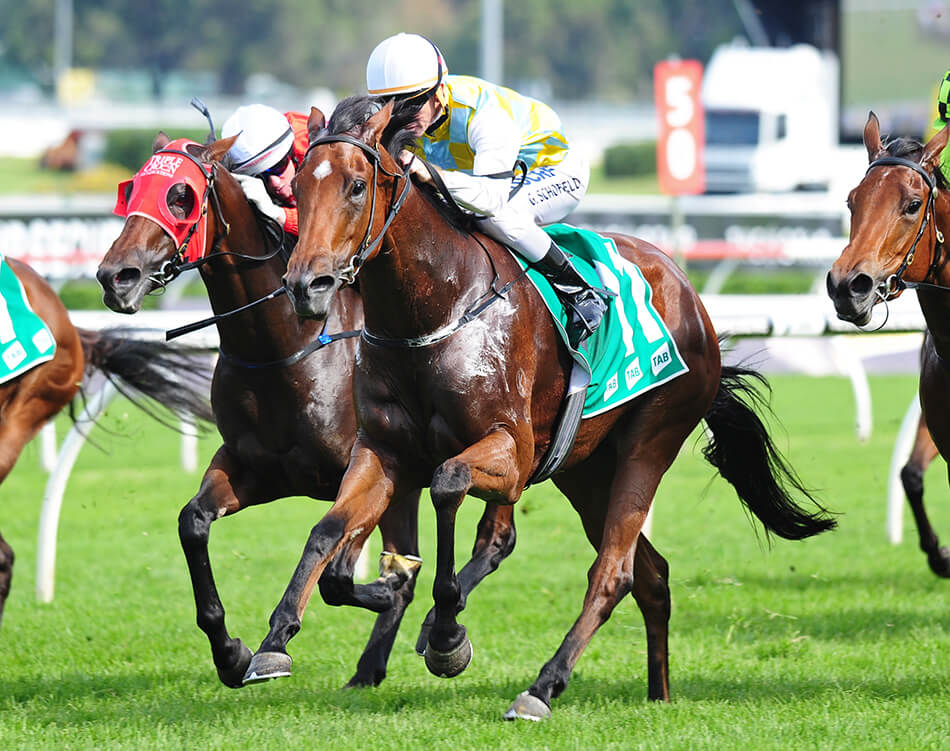 The build up to the Southern Hemisphere’s number one breeding stock sale continued over the weekend with a number of important stakes winning performances.

Group wins to Yattarna in Sydney and Whispering Brook in Perth boosted the Magic Millions National Weanling Sale, while Precious Gem provided a breakthrough result for the National Broodmare Sale.

Yattarna sent her residual value soaring when she scored a highly impressive win in the Group Three James HB Carr Stakes at Randwick.

The James Cummings prepared daughter of Exceed and Excel was a $90,000 purchase from the 2014 Magic Millions Gold Coast Yearling Sale from the Kambula Stud draft.

The first group win for the lightly raced three-year-old, the success was a timely result for Yattarna’s half sister being prepared for May’s National Weanling Sale.

The filly, from a quality packed 18 lot draft for the Toole family’s Kambula Stud in South Australia, is by Capitalist’s sire Written Tycoon and is catalogued as Lot 165. Yattarna and the sale bound filly are both from the stakes winner Umaquest.

Later on Saturday the Simon Miller prepared juvenile Whispering Brook confirmed her status as one of the most exciting two-year-olds unearthed in Perth this decade with a dominant win in the Group Three WA Sires’ Produce Stakes.

A daughter of Hinchinbrook, Whispering Brook made it five wins from five starts when she beat home fellow Magic Millions graduates Saul’s Special and Spangled Impact.

Never beaten in a race or a trial, Whispering Brook has earned her connections over $635,000 – a magnificent return considering her purchase for just $45,000 at the 2014 National Weanling Sale from the draft of Hillside Thoroughbreds in Victoria.

Prior to Saturday’s Sires’ victory, Whispering Brook had strung together a number of feature wins including the Group Two Karrakatta Plate, Group Three Gimcrack Stakes and listed Supremacy Stakes.

Miller said Whispering Brook would be spelled after be tested in Melbourne during the 2016 Spring Carnival.

The first home track stakes victor for Group One winning trainer Henry Dwyer, Precious Gem is one of a stunning line up of stakes winning fillies or mares to be catalogued for June’s National Broodmare Sale.

A winner of seven races and 10 times placed, Precious Gem has earned over $400,000 and is likely to have a run in Brisbane at group level before going under the hammer as a racing and breeding proposition.

It was a great weekend of success for a string of other Magic Millions graduates including Magnifisio who won the listed Sheila Gwynne Classic at Ascot in Perth and former Australian galloper Turquoise Power (ex Duccio) who cruised to victory in the Macau Derby.