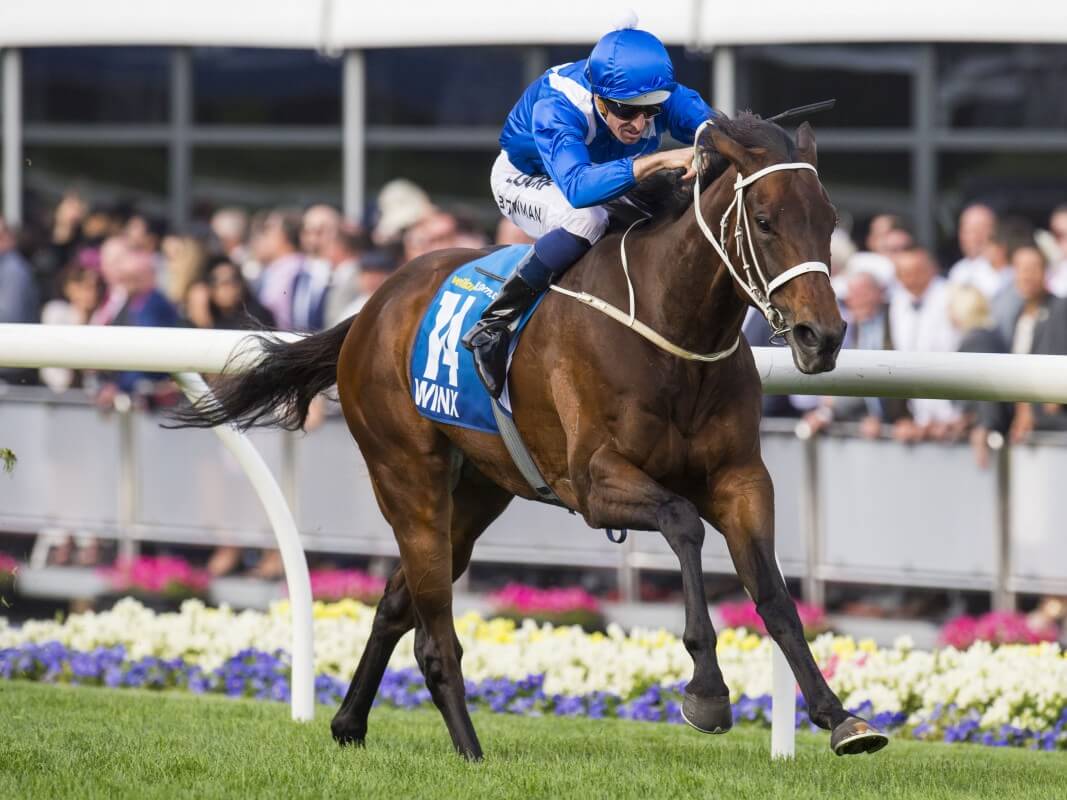 Winx confirmed her status as one of the world’s best gallopers when she thumped a star studded field in an awesome and record breaking performance in the WS Cox Plate (2040m) at Moonee Valley.

The performance was breathtaking. A four and three quarter length margin and a race time of 2 minute 2.98 seconds – smashing Might and Power’s race and course record by over half a second.

“It is a big moment,” Waller said after winning his first major Group One (comprising the Caulfield and Melbourne Cups, Cox Plate and Golden Slipper). “It was shades of Sunline.”

“She is fast and she is a superior athlete. You never go on and think these horses can be Cox Plate winners and I don’t even dream about these things.”

“All I ever wanted to be, since I was a little boy, was to be a jockey,” Bowman said. “To be here riding on this stage is one thing, but to win a race like this, I can’t tell you how much it means!”

“I am so thankful to Chris Waller and to the owners of the horse also to my family and friends who are here – I can not believe it to be honest.”

Part owner Debbie Kepitis, along with her fellow owners, was in awe of the mare.

“This is incredible,” she said. “I just can’t believe it – what a mare and what a bloody good win.”

Kepitis, a member of the Ingham family has raced with her family many champions including Octagonal and Lonhro, but in recent times has branched out and has tasted great success as a part owner to not only Winx but also Amicus – another blue blooded purchase from the Gold Coast.

Today’s Cox Plate champion was purchased by Peter Tighe’s Magic Bloodstock for $230,000 from the draft of Coolmore Stud at the 2013 Magic Millions Gold Coast Yearling Sale. Her outstanding record now reads out at nine wins and three runner-up placings from just 15 starts and earnings of over $3.6 million.

She was bred by John and Debbie Camilleri of Fairway Thoroughbreds. The Camilleri family know how to breed a champion having also bred and sold last season’s champion juvenile Vancouver on the Gold Coast for $185,000.

Vegas Showgirl was purchased as a breeding prospect for $455,000 from Dormello Stud at the 2008 Magic Millions National Broodmare Sale by Colm Santry Bloodstock on behalf of the Camilleri family.

A winner of seven races, including two at two, Vegas Showgirl was twice a stakes winner and she is a half sister to the group performer Black Magic Maggie.