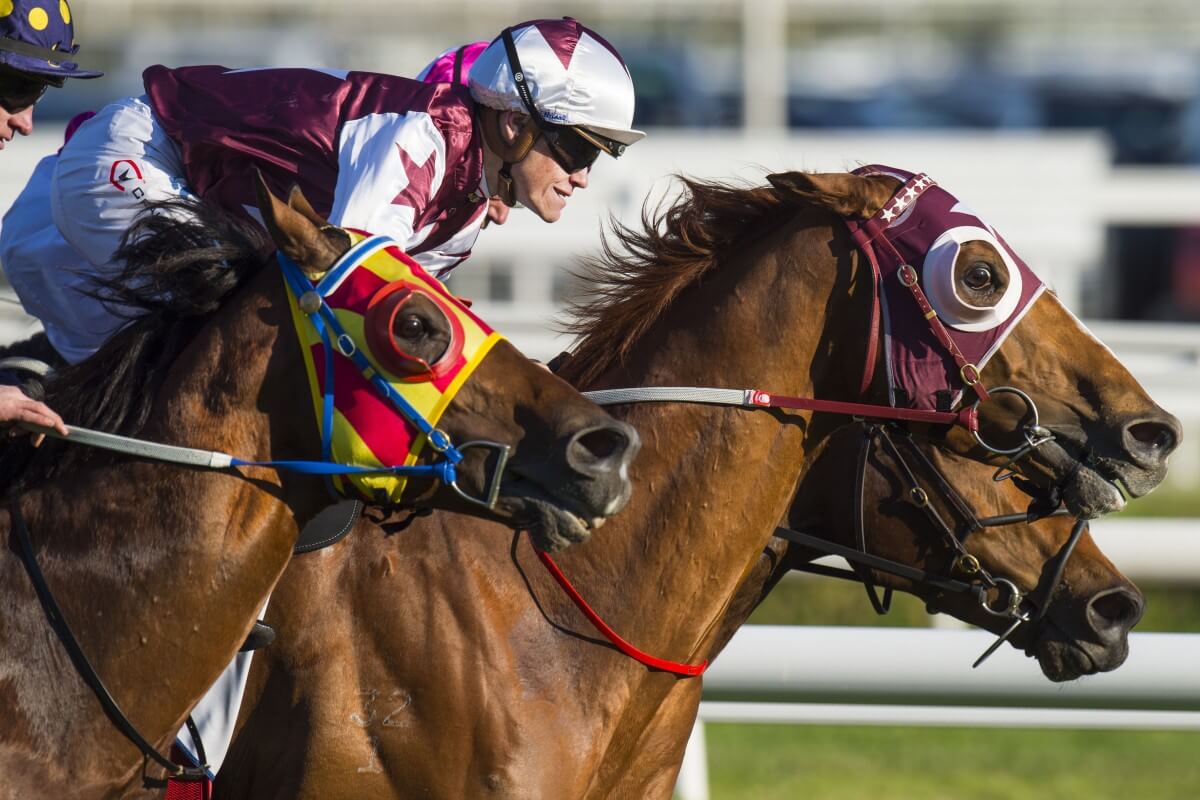 Stratum Star emerged as a quality stud prospect for the future when he powered home for a thrilling win in today’s Group One Sir Rupert Clarke Stakes (1400m) at Caulfield.

Just when it looked to be a race in two between the favourite Disposition and Under the Louvre, Stratum Star burst through between runners to score a breakthrough victory at racing’s elite level.

The lightly raced but highly promising galloper had run a string of outstanding placings including a last start third to Boban in the Memsie Stakes.

Trainer Darren Weir said the four-year-old would now progress to the Group One Toorak Handicap at Caulfield.

“That’s probably logically the next step,” Weir said. “It was just nice to get that one out the way.”

“Full credit to the horse. He did all the running. He had to work from the outset, settle, be tight and got under pressure late – so full credit to Stratum Star,” Williams said.

“The horse stuck his head out. It was a great finish with three really good horses and I’m sure they’re in for some duels during the spring.”

Bred at Widden Stud, which stands his sire and fellow Magic Millions graduate Stratum, Stratum Star was sold through the Widden draft at the 2013 Magic Millions Gold Coast Yearling Sale.

He was selected and purchased for $165,000 at the Gold Coast by the now retired horseman Rick Hore-Lacy – the man who also trained future stallions Canny Lad, Dash for Cash, Kenny’s Best Pal, Clay Hero, Spartacus and the champion Redoute’s Choice.

Stratum Star raced just four times for Hore-Lacy as a two-year-old before he joined the stables of Darren Weir and the handsome chestnut has developed into a Group One performer.

He’s missed a place just once for Weir – when seventh just 2 lengths from the winner in the Regal Roller stakes at his first run this season.

Earlier this year he ran a brave third in the Australian Guineas, while he’s also been placed in a Sandown Guineas, Carbine Club Stakes, Alister Clark Stakes and CS Hayes Stakes.

Leading New Zealand based bloodstock agent Dean Hawthorne would have been delighted with today’s result.

Hawthorne purchased Purely Spectacularly carrying a full relation to Stratum Star at this year’s National Broodmare Sale on the Gold Coast. His $300,000 investment at the time is looking great value already!