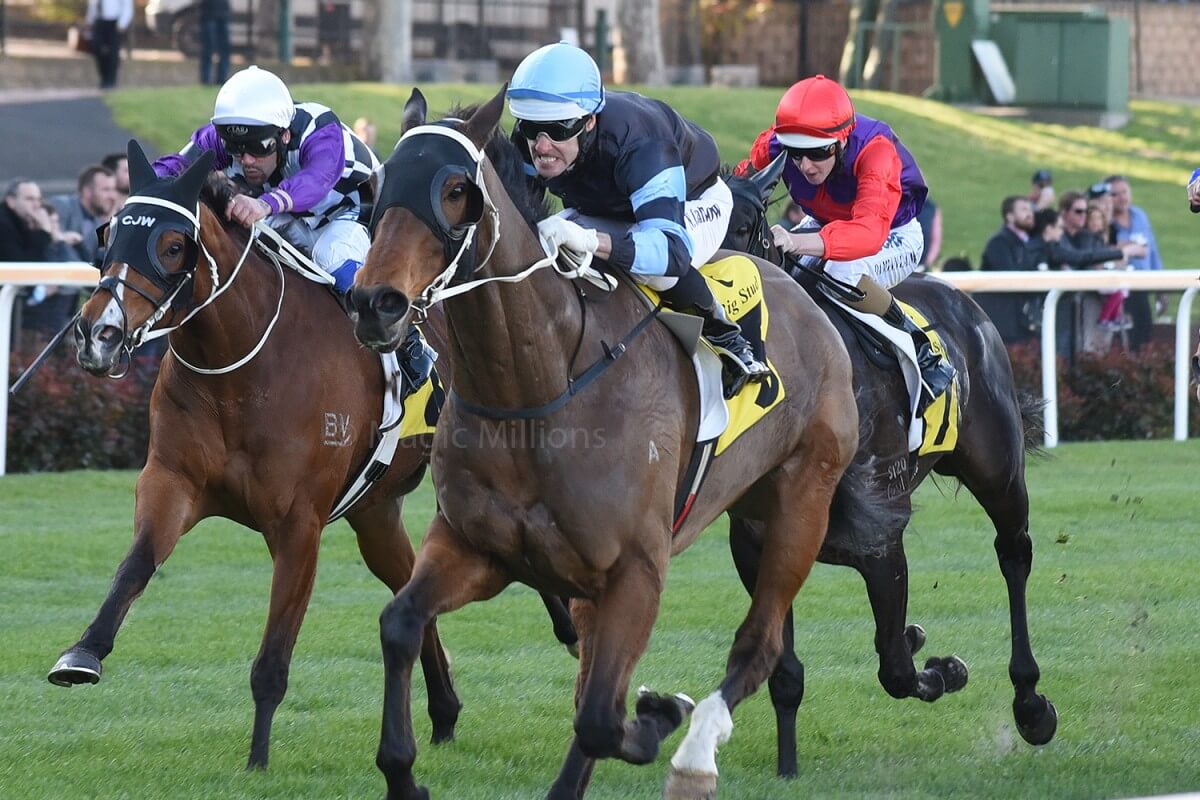 The Moonee Valley Racing Club proudly boasts that their premier race, the WS Cox Plate, is the race where legends are made.

A knockabout Tasmanian trainer and his mate Bill could write the most famous chapter of Australasia’s weight-for-age championship if they upstage the best on October 24.

Bill is Tasmania’s cult galloper The Cleaner, an eight-year-old with a huge following and an incredible story to boot.

Dash of Scotch had already established herself as a producer of note. Her first foal Private Nip was a stakes winner. Her third foal Strait Dash would emulate his older half sister when also winning at stakes level.

The Cleaner was the ninth of ten foals for Dash of Scotch and he got the best of starts at the property of great character Owie Atkins and his wife Sandra.

A former Hunt Master of the Northern Hunt Club, one time Starter for the Tasmanian Turf Club and a Clerk of the Course for the same club for over 25 years, Owie Atkins has an incredible passion for the Tasmanian equine industry.

The Atkins family prepared The Cleaner for the 2009 Magic Millions Tasmanian Yearling Sale at Launceston. It was there he took the eye of another of Tasmanian’s great horseman characters, Mick Burles.

Longford based Burles went to $10,000 to purchase the Savoire Vivre colt when offered as Lot 3 at the sale. The rest they say is history.

Success wasn’t immediate. It wasn’t until his sixth start that The Cleaner would break his maiden status in a 2150 metre race for Maidens and Class One gallopers at Launceston in July, 2011.

From there he won five of his next seven starts including his hometown Cup in 2012 over 1800 metres.

On Saturday the Tassie superstar added a second Dato’ Tan Chin Nam Stakes to his list of feature victories with a stirring all the way win in the 1600 metre feature.

The healthy Moonee Valley crowd roared with approval as The Cleaner dashed clear on straightening under Noel Callow and their pair cruised to the line two lengths ahead of the rest. It was The Cleaner’s 19th win in a 51 start career.

The Cleaner is raced by mates Jimmy Lowish, Paul Burt and Bill Fawdry and his earnings have now shot past $1.19 million – not bad considering his $10,000 price tag.

Back in his paddock at the stables at Longford, The Cleaner is with his mates – both two and four legged. While he struts his stuff in Melbourne and thrills the crowd, he doesn’t stick around long. A few hours after each race and he’s back on the ferry and headed back home. The Cleaner and Mick Burles give new meaning to hit and run visits!

Burles has been battling health issues for a while now – telling media after the race of his recent challenge of dealing with broken ribs and emphysema.

“It makes you get out of bed,” Burles told the crowd. “I wouldn’t be getting out for some of the other mongrels.”

Characters overcoming adversity. Is there anything better in racing?